Microsoft announced last year that it would be partnering with a number of device makers to create virtual-reality headsets that pair with Windows 10 PCs running the Windows Holographic shell.

On March 1 at the Game Developers Conference, Microsoft officials said the development kits for these devices would begin shipping in March. The actual headsets, starting at $299, from companies like Acer, ASUS, Lenovo, HP, Dell, and more, still are expected to ship to consumers later this calendar year.

The developer kits will come with an Acer prototype headset, documentation, access to Windows 10 Insider preview builds, and a software development kit (SDK) for building mixed-reality applications. The coming Acer headset will include two high-resolution liquid crystal displays at 1440x1440, display refresh rate up to 90Hz, built-in audio out and microphone support, and a single cable with HDMI 2.0 (display) and USB 3.0 (data) for connectivity.

Neither Microsoft nor Acer provided pricing for the coming dev kit, though some game developers attending a Microsoft session at the Game Developers Conference received "golden tickets" providing them with access (not clear if free or not) to the Acer development edition headsets "in the coming months."

Microsoft quietly slipped into its announcement that it is now referring to "Windows Holographic" as "Windows Mixed Reality."

Myerson said VR headsets tethered to Windows 10 PCs will act, in many ways, like additional external monitors. Unlike the HoloLens goggles from Microsoft, these headsets will be opaque and won't allow users to see their physical surroundings along with holograms.

Microsoft officials also said today that Microsoft's plan is "to bring mixed reality content to the Xbox One family of devices, including Project Scorpio, in 2018."

Project Scorpio is Microsoft's high-end gaming console due to ship later this calendar year. Some of us had been wondering when and how Microsoft would bring VR headset support to Scorpio. Microsoft's comment today didn't really answer that question.

Microsoft is slated to talk more about Windows Mixed Reality at its Build conference in mid-May and about Project Scorpio at E3 in June.

Microsoft is believed to have shelved the second version of HoloLens, which it was planning to deliver this calendar year. The company may not end up shipping its next HoloLens release until 2019, if the tipsters are to be believed.

VIDEO: Here's how Facebook envisions you being social in VR 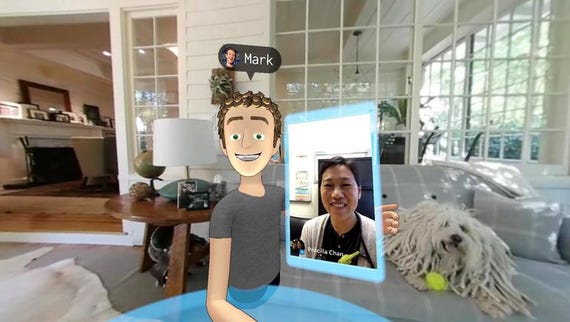