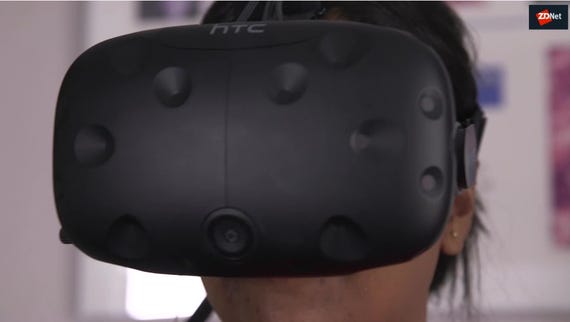 Facebook bets on mobile VR: I'm not taking the bait

Facebook is betting on mobile VR, but it still gives me no reason to buy into the circus.

A key milestone of any technology's maturation cycle is when the price of that tech becomes accessible to virtually everyone.

The virtual reality industry is now reaching a point where we can almost grasp maturity. We can see it coming; it is inevitable. We saw this with smartphones and with tablets which arguably are fully-mature technologies.

Until recently, your average consumer's price of entry was $600 per headset not counting supporting equipment (such as a powerful GPU-intensive PC or gaming console).

Facebook and it's $200 Oculus Go hardware that will ship next year will change all that.

There is no doubt in my mind now that VR gaming and other forms of escapism will be a legitimate form of mainstream entertainment, at least among middle-class people, well before the decade is over.

We need to ask ourselves about what the potential societal implications of widespread VR technology are now before it actually becomes a cultural phenomenon -- just as we deal with the impact of smartphones, tablets, and other mobile devices on our culture today.

Modern smartphones have been on the market for almost a decade, but we have only started to understand their impact on human behavior.

Due to the proliferation of inexpensive mobile devices, internet/technology addiction among Generation Y and earlier is an increasingly real problem, and we're in danger of it becoming an epidemic and a real life-destroying issue in first-world countries.

VR and its sister technology augmented reality (used on Google Glass and Microsoft HoloLens, as well as on iPhone and Android with their respective development APIs), are not evil technologies. They have their uses, particularly in vertical market applications.

Medicine, aerospace, engineering, manufacturing, and military are just a sample of industries where these technologies are not only relevant but can make a substantive impact for the good.

However, I am having difficulty imagining beyond the pure novelty of the technology where there is a net benefit to using it for entertainment purposes.

I admit to being interested in owning one of these higher-end VR devices, to use with my Xbox One or my PC.

I can definitely see where developers could design the sort of first-person perspective game that's so immersive it would provide an experience that's so much better than the kind of games we play now, with a much more natural and intuitive UX, particularly when combined with motion sensing and motion capture technology that Microsoft first introduced with the Kinect sensor.

I would probably even use my Xbox One for gaming more than I do now if I had such a headset. At best, I currently use it for this purpose only a few hours a month, and I am more drawn to simpler experiences (such as auto racing) than to complex FPS games like Call of Duty.

Why? First-person video games have controls that are too complex. Unless you grew up with these consoles or are a compulsive adult gamer that's likely to be the case with most people.

VR, if successfully implemented, is likely to solve that problem.

But I know that I have an addictive personality. So it is probably not a good idea for me to own an Oculus Rift or similar device.

I don't know if I could become so withdrawn as to shut out all normal human social activity. I think my desire for basic human interaction at a very fundamental level would likely rule this out.

But this is easily possible with smartphones and with PC gaming and even regular console gaming today in extreme cases. There is an ever growing need for mental health professionals that have a specialization in dealing with electronic addiction disorders of different types.

Just look to South Korea and how access to ubiquitous super high-speed broadband and immersive video games has affected its children.

VR will make this type of social disorder even more widespread.

I don't necessarily foresee the kind of addictive VR technology becoming available that has made its appearance in dystopia-themed science fiction, such as in Brainstorm, Star Trek, or The Matrix.

In these examples, people literally become so lost in artificial worlds they forget they are there, losing themselves to a false existence at the expense of their health, where they forget to eat and drink and completely wither away and die, a scene played out in real life in 19th-century opium dens.

The technology isn't good enough yet to do that, and probably be won't for a very long time. But if the current state of the mobile device and video game addiction tells us anything, VR is going to bring these type of compulsive disorders to an entirely new level, in ways we may not even realize now.

We need to think very, very carefully about whether the entertainment value of VR and AR technology is worth the potential downside, outside controlled use within vertical market applications.

And while as a technologist I am fervently opposed to banning any enabling technology, I may be persuaded that VR and AR need to be regulated and kept out of the hands of young children, because we don't fully understand the developmental impact on young minds just yet.

Should the use of VR and AR be controlled or regulated? Talk Back and Let Me Know.

Facebook bets on mobile VR: I'm not taking the bait

Opinion: Facebook is betting on mobile VR, but it still gives me no reason to buy into the circus.

Join Discussion for: Oculus Go: We must control virtual reality...