Full Bio
Posted in All About Microsoft on July 11, 2017 | Topic: Microsoft

The dust from Microsoft's layoff of several thousand employees, announced last week, is continuing to settle.

Microsoft acquired the manufacturing facility as part of its 2012 acquisition of Perceptive Pixel Inc. (PPI). Microsoft used PPI's technology as the foundation for its Surface Hub line of large touch-screen displays and conferencing systems.

Microsoft is not giving up on Surface Hub, officials maintain. (In fact, there are rumors that a Surface Hub 2 device may be in the relatively near-term release pipeline.) Instead, Microsoft execs say they are aligning with the company's other manufacturing efforts.

"We are consolidating our Surface manufacturing. This will result in the closure of the Wilsonville, OR office and factory. We remain committed to the Surface Hub product line and will move forward with Surface Hub development in Redmond," said a company spokesperson in a statement sent to me by email.

News of the Surface Hub plant's closure comes on the heels of Microsoft's sales reorganization and layoff of several thousand, announced last week.While the layoff affected primarily salespeople worldwide, the reorg and layoffs also affected other teams at the company.

Microsoft's internal IT organization was impacted by the "digital transformation" of the company, and the company's CIO Jim Dubois departed as a result. Microsoft's head of Corporate Strategy, Kurt Delbene, is taking on the role of managing the company's IT staff as part of his additional Chief Digital Officer responsibilities, Microsoft officials said late last week.

Microsoft is giving at least some of the employees affected by the company-wide layoffs opportunities to find other jobs inside the company, I've heard. 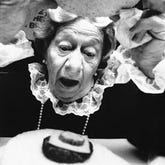