Full Bio
Posted in All About Microsoft on May 10, 2017 | Topic: Innovation 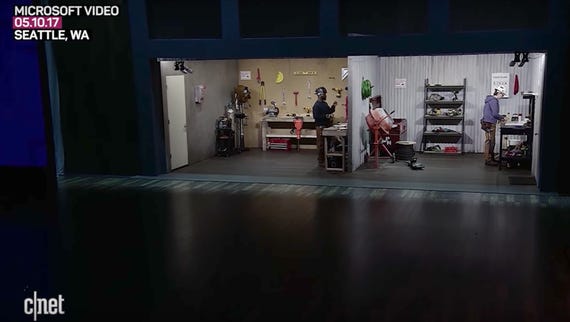 Microsoft is rolling out more cognitive service application programming interfaces this week at its Build 2017 conference.

Officials' message to developers is they can use the tools they already know, plus these new APIs to bring AI to their applications easily, quickly and with customization.

Microsoft officials say there are more than 568,000 developers in 60 countries currently using Microsoft Cognitive Services. There are now 29 APIs in the Cognitive Services family, 12 of which are generally available (and the rest are in preview).

On May 10, Microsoft added new Bing Custom Search, Custom Vision Service and Custom Decision Service on top of its existing Custom Speech and Language Understanding Intelligent Service (LUIS) APIs. Using these interfaces, users can bring their own data to Microsoft-provided algorithms to create services that are more tailored to their specific needs.

Microsoft also debuted its Cognitive Services Labs today. The Labs are similar to the Microsoft Garage incubator, in that they will allow users to test drive new cognitive services in pre-preview stages of development.

One of the new Cognitive Services Labs projects is Project Prague, a gesture-control API, which is currently in private preview. Project Nanjing is an API for calculating isochrones (time and distance) based recommendations for enterprise route optimization. Project Johannesburg enables the calculation of route logistics with deeper maps smarts. Project Cuzco is an API for finding events associated with Wikipedia entries. Project Abu Dhabi is an API for calculation of travel times for route optimization. Project Wollongong helps in evaluating locations' proximity to various amenities.

Join Discussion for: Microsoft to developers: Here's how to add...