Microsoft vs. Google: The state of first-party devices in the ecosystem

While Google deserves slack for a later start and stronger competitors to Pixel, Microsoft's Surface business has grown to a point where it is pushing up against the sweet spot of the PC market.
Written by Ross Rubin on Oct. 27, 2020 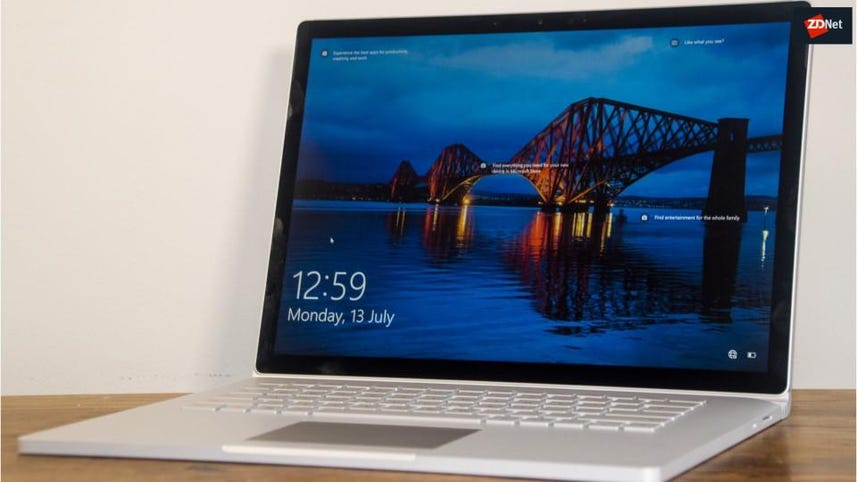 With a teaser image of just two rectangles it would soon reveal to represent a display and detachable keyboard cover, Microsoft revealed the first Surface devices in 2012. Four years later, Google released the first Pixel phones, switching gears from a Nexus device program that relied on partnerships with Android handset makers such as HTC, Samsung, and Huawei. Both product launches broke with a long-established practice in the client device business of not competing with one's licensees. A company either licensed its own operating system, as Microsoft did, or used it itself, as Apple did. The desire to avoid such conflict, in fact, drove a thriving Palm Computing, Inc., to split into two companies -- palmOne and PalmSource: An ill-timed mistake that stole focus from the coming smartphone wave.

But Google's and Microsoft's size, along with the maturity and scale of the products they serve, afford marketplace liberties that Palm never had. Of course, the first-party Surface PCs and Pixel phones compete with those of those company's licensees. But the ecosystem stewards may also posit that first-party efforts help the competitive standing of licensees, an argument we'll get to in a moment. Indeed, one way to evaluate the success of these programs is through a framework of three "Bs" -- Business, Beacon, and Beachhead.

Many companies such as Intel and Qualcomm develop concept products or reference designs, but there's a whole other level of investment in creating products that drive a business, particularly when they are asked to move the needle in businesses the size of Google and Microsoft. Even in the cases of Pixel and Google, where the device business serves other purposes, having business targets in place helps quantify progress versus other world-class companies.

After a disastrous start, the Surface business is thriving at Microsoft. The company has expanded into desktops, laptops, and 2-in-1s, making headway with the corporate customers that are its bread and butter. With "Go" products like the excellent new Surface Laptop Go, it is improving its proposition to the educational and consumer markets as well. Google has made less headway with the Pixel in terms of market share. As with the PC market, Android phones are dominated by a few large brands, but there is a far longer tail and more geographic diversity among market leaders.

As opposed to "Business," a universal way to measure the impact of products, first-party products can be justified in part to inspire licensees to advance the industry. While it may come at the expense of at least short-term first-party business, Google and Microsoft can afford to take bets that have a higher risk or longer-term payoffs. Such was certainly the case for Microsoft with the first Surface, which combined the double risks of a form factor twist with the doomed Windows RT. While still a small part of the overall market, though, 2-in-1s with detachable covers have become more commonplace among PC vendors, some of which have incorporated Surface-like features to which Microsoft has turned a blind eye.

Google's focus on computational photography in its Pixel line has also spread across the Android ecosystem as well as to Apple's, but this has had less to do with Google's advocacy and more the general march of Moore's Law. Google has also done extensive work in optimizing its services for inexpensive handsets on slow networks that are popular in developing economies, but this work has occurred outside of the Pixel effort. One point in Google's favor: While its Pixel devices have never focused on the highest end of the market, the company has executed well on that front with its Chromebooks. After years of making limited headway selling pricey Pixelbooks, its licensees, in partnership with Intel, have been more aggressively pursuing premium Chromebooks. Google itself, however, seems to keep going back to the drawing board on larger devices.

There is another "Beacon" angle: Highlighting and amplifying other assets of the company. For many of its early years, Surface was tasked with "lighting up" the best of Windows. Now, particularly with the company adopting Android in its Surface Duo, that focus has shifted to lighting up the best of Microsoft. But while both Surface and Pixel devices deliver a clean experience that need not contend with duplicative services or third-party user interface experiments, neither product line has done exceptionally well on that front versus say, a Microsoft "Signature Edition" third-party PC or an Android One smartphone. (One exception: Microsoft's launching of OneNote from the Surface Pen.)

An even stronger argument for first parties to justify entering the same market as their licensees is the "Beachhead" argument, which is that the goal of market entry isn't to compete with licensees (which, after all, are a source of first-party revenue), but common competitors to breach their strongholds. For Microsoft and Google, this is obviously Apple. Indeed, it's unlikely that the Surface or Pixel lines would exist were it not for Apple's success with its integrated model at the high end. Here again, Microsoft has, at least to date, done a better job, with Samsung, not Google, leading the premium Android charge against Apple.

From the very first Surface's attack against the iPad to the Surface Desktop's aim at the iMac to the Surface Laptop's aim at the MacBook, Microsoft's actions and product line have held up the case that the company is far more interested in trying to win Apple customers than those of HP or Acer. But, particularly with Surface products hitting lower price points now, Microsoft is moving further into that crossover zone. That Surface line would grow to the point that serious licensee cannibalization becomes a threat is a so-called "good problem" for the first party, but raises a host of thorny issues for licensees. While Microsoft hasn't really crossed that line yet, the Surface Laptop Go is by far its most mainstream-focused product ever in terms of both form factor and price and could make a meaningful dent in the holiday season this year.

Across the three "Bs," Microsoft has clearly made more progress with Surface than Google has with Pixel. But in Google's defense, Surface has been around for twice as long as Pixel and Apple is a far more formidable competitor in smartphones than it is in PCs (iPad notwithstanding). Indeed, Pixel has been less about competing with Apple head-to-head than in trying to deliver a higher-quality experience in the midrange (also a case for the Surface Go Laptop). However, that focus is now being hotly pursued by many of Google's licensees.

It often feels like the Pixel team is doing what it can to stay competitive, waiting for the Google AI breakthrough that can give its phones stronger differentiation. Sundar Pichai has said that Google's hardware efforts ultimately support its focus on AI. Indeed, Pixels have first hosted pioneering apps like Google Lens and the company's voice recorder featuring on-device transcription. The latter has not migrated to other Android devices or the iPhone as other Pixel exclusives have. But neither really needed the Pixel to impress. Indeed, in the case of the recorder, one could argue that keeping it exclusive to the Pixel limits its reach.

Pixel 5 is a reminder that Google's phones have never been all that relevant
Five generations in, Google's homegrown hardware has hardly made a dent in the market, or with mainstream consumers.

Surface Laptop Go: Microsoft's smaller, cheaper budget PC is easy to recommend
The danger of making anything smaller and cheaper is that you run the risk of making it too small and too cheap. The newest member of the Surface family avoids both traps.

Give it up, Google. Nix the Pixel and get yourself an Android One partner
Yes, it means writing down the company's $1.1B acquisition of HTC's hardware engineering division as a complete failure. But Google has a better mobile way forward.