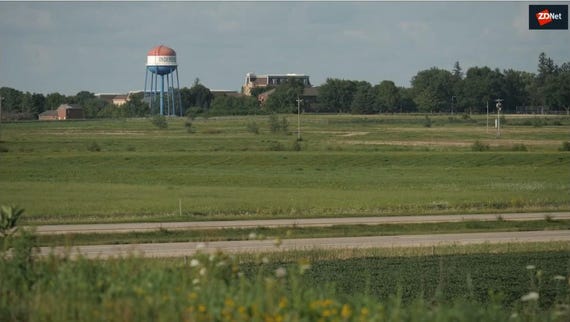 The partnership is part of Microsoft's Airband Initiative, and Nextlink is set to expand coverage in some of these areas using unlicensed TV wireless spectrum known as TV white spaces – an approach Microsoft is championing to bring broadband to rural areas.

The Federal Communications Commission in August awarded Nextlink $281m over 10 years under its $1.98bn Connect America Fund (CAF) II rural broadband program. Besides Nextlink, 102 other bidders were awarded $1.49bn over 10 years to build out broadband networks.

Nextlink and other CAF II-funded ISPs are now required by the FCC to build services to 40% of the designated locations within three years and complete the rollout within six years. CAF II aims to bring fixed broadband and voice services to over 700,000 locations in 45 states.

"We have an accelerated plan to not just meet the FCC's six-year buildout requirement but exceed it. We plan on investing over $100m in the first four years of this buildout effort," says Nextlink CEO and co-founder Bill Baker.

Microsoft has criticized the FCC for severely underestimating the number of Americans who lack broadband access. The tech company reckons 162 million people across the US can't access broadband speeds, while the FCC estimates the number to be just 21 million.

Microsoft also estimates that 29 million Americans don't have broadband speeds in the areas Nextlink will address in the next six years.

Baker says the agreement with Microsoft will allow for a faster deployment of high-speed broadband to underserved areas.

SEE: What is 5G? The business guide to next-generation wireless technology

The states covered by the deal account for about a third of US agricultural output worth over $120bn a year, according to the US Department of Agriculture (USDA).

USDA estimates connected technologies enabled by better broadband would allow farms to adopt precision agricultural production techniques and could create $47bn in additional gross benefit for the US economy.

Microsoft in December said it had already reached one million people in 16 states with Airband and announced it would make broadband available to three million people by July 2022.

More on Microsoft and US broadband