Microsoft has kicked off its three-year countdown for Windows 7's end of extended support, warning enterprises they'll pay dearly for sticking with the platform's outdated security compared with Windows 10.

Enterprises can of course delay upgrading until January 13, 2020, when extended support ends for the 2009 OS and it no longer receives patches, unless the customer is paying for a pricey Microsoft Custom Support Agreement. 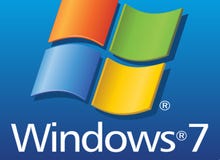 Windows 7 is more than five years old. Most of the cheap upgrade offers that were available when it was fresh and new are long gone. But if you prefer the familiar Windows 7 interface (or need it for testing and evaluation) you can still find great deals. Here are all the details you need.

However, as Microsoft has warned, Windows 7, which moved to extended support in 2015, is outdated and will drive up operating costs from remediating malware attacks that wouldn't penetrate Windows 10 systems.

Windows 7 "does not meet the requirements of modern technology, nor the high security requirements of IT departments", said Markus Nitschke, head of Windows at Microsoft Germany.

TechRepublic: If Windows 7's security is so outdated, why doesn't Microsoft make it as good as Windows 10's?

"As early as in Windows XP, we saw that companies should take early steps to avoid future risks or costs," he added.

Adding to the pressure to upgrade, enterprise organizations on Windows 7 soon won't have the additional zero-day protection offered by EMET or the Enhanced Mitigation Experience Toolkit since 2009. Microsoft in November extended EMET's end of life from January 2017 to July 31, 2018.

While newer tools make Windows 7 less difficult for enterprise customers to migrate from than XP, Microsoft is still urging corporate customers to begin the transition three years out from Windows 7's end of support, stressing they face "enormous dangers" if they don't.

Join Discussion for: Microsoft: Windows 7 in 2017 is so outdated...