Microsoft is continuing to envision what the future of work should and might look like -- and new kinds of meetings and meeting spaces and smarter virtual assistants feature prominently.
Written by Mary Jo Foley, Contributor on Aug. 10, 2017 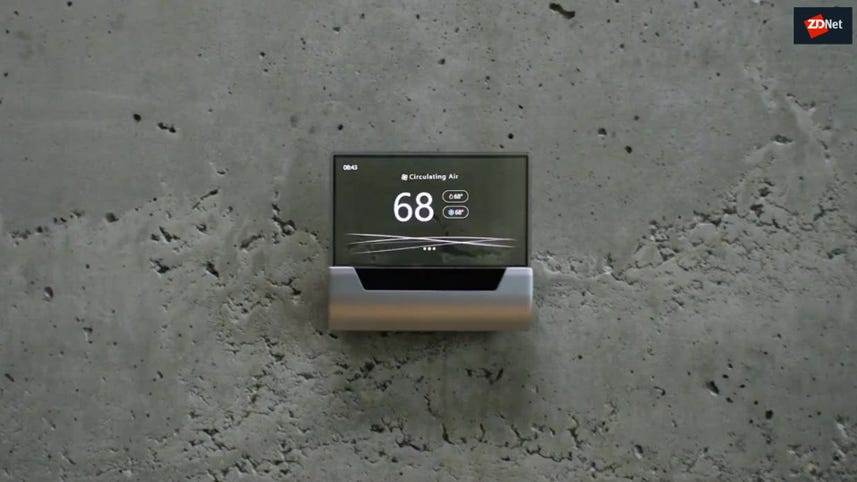 Microsoft hasn't posted one of its documentary-style Productivity Future videos for a while now -- not since 2015, I believe. But that doesn't mean the company has stopped 'envisioning' what might be next for Office and the workplace.

In a new Microsoft .Future podcast episode, called How AI will make meetings less painful, Microsoft drops some hints about some of the latest future concepts that ultimately may inspire its coming products and services, including Cortana.

The podcast (which is audio only) mentions that Director of Office Envisioning Anton Andrews and team have "re-envisioned everything -- from what you should expect from a dry erase board, to what you might expect from the floor."

Andrews said during the podcast that Microsoft sees the floor people stand on as a potential communications tool, but he didn't elaborate on how/when/if the company may provide more on what that means. Microsoft Research has done work on projecting user experiences onto a variety of surfaces including floors, via its RoomAlive project.

"The floor is an interface," says Andrews. "And the idea is not so much that the floor is somehow just the active floor. But the idea is that we can plan and design the floor."

Microsoft has published other video series in the past, like this one from early 2016, which are all about what work in the future will look like. It also partnered with Steelcase earlier this year to bring to market new kinds of office furniture that work well with Surface devices, including Surface Hubs and Surface Studios.

This week's podcast mentions that in Andrews' envisioning office of the future "there's this dome in the corner that looks like a wooden igloo skeleton. It's a prototype of a conference room." This room is made out of acoustic felt (not Alcantara, fuzzy fans). The prototype conference room is meant to test how a round room without a large, rectangular table might impact the way people interact.

The prototype conference room also, apparently, has a way for people to press a button and be greeted by Cortana. The podcast doesn't elaborate on where this button is (A new version of Skype Room Systems? A next-generation Surface Hub? A Harman-Kardon speaker?)

Cortana asks "Hello, would you like to join your scheduled meeting?" according to the podcast. Cortana then asks whether the leader would like Cortana to participate in the meeting.

After accepting, Andrews "demos how Cortana can work in a teleconference meeting: The screens placed around the edges of the room connect us with a remote office through a video call," the podcast notes.

Cortana has the option of transcribing everything said in the meeting, recommending documents that users mention in passing, and attaching them to the transcript and even "gently remind(ing) you the names of the people you're teleconferencing with."

Microsoft has been dabbling with how best to use digital assistants -- not just Cortana, but also earlier prototypes that were used on the Redmond campus -- useful tools.

Additionally, the company has been working to add more smarts to Skype Translator and PowerPoint (with the recent Presentation Translator add-in) that could enable some of the kinds of scenarios mentioned in the podcast. Maybe Microsoft is ready to go public with what's next for Skype Meeting Broadcasts, possibly at the upcoming Ignite show, given its expected Skype for Business revelations?

Microsoft's Envisioning videos from the last decade, though meant to be conceptual and inspirational, often offered hints about products to come. There was some foreshadowing of the Home Hub Windows functionality and Surface Studio in past videos.

What's next for Microsoft's Skype for Business unified communications products

Microsoft looks to be readying a new Skype for Business on-premises server and may soon clairfy how Teams fits into its unified communications business roadmap.

As Microsoft looks to bolster scheduling in Office 365, another artificial intelligence startup is snapped up.

A new app from Microsoft's Garage incubator uses the same speech-recognition in Cortana, coupled with real-time translation, for hands-free typing.

Microsoft is providing a progress report on its AI efforts across the company and delivering some AI-influenced apps and APIs.