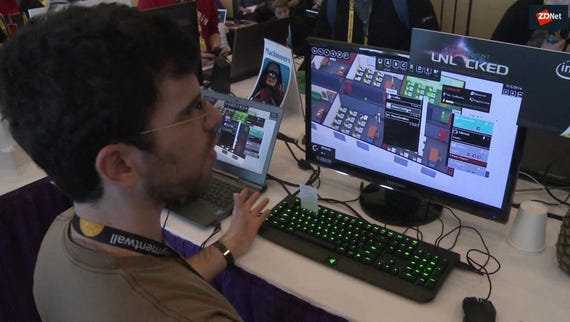 Microsoft has announced a new revenue-sharing deal for Microsoft Store that gives developers a bigger cut of app sales in instances where Microsoft hasn't contributed to winning a new customer.

Starting later this year, developers of consumer apps will get 95 percent of revenue from app sales and in-app purchases when the user made the purchase via a deep link, such as a link from the developer's own website or social media.

However, if Microsoft helps deliver a customer by way of an app collection or other means, the developer will get an 85 percent cut of revenues through the Microsoft Store.

Microsoft is offering developers a significantly larger share of revenue than Google's Play Store and Apple's App Store, which offers 70 percent of sales. However, both Google and Apple offer an 85 percent cut to developers if consumers subscribe to an app for longer than a year.

"With the new fee structure, Microsoft is only accessing an additional fee when we contribute to you acquiring a new user," Microsoft wrote in a blogpost.

Microsoft plans to detail the new few structure in a new App Developer Agreement that will be released later this year.

The offer comes as Microsoft continues to retreat from consumer markets but presses ahead with iOS and Android features to create a better mobile experience for Windows 10 enterprise users, such as the updated Android Microsoft Launcher, Edge for iOS and Android, and the new Timeline feature in the April 2018 Update.

At this week's Build developers conference, Microsoft will show off new features designed to connect its cloud-based services more tightly to mobile devices running iOS and Android. But will developers see an opportunity?

Windows Phone users will lose support for their native Microsoft Teams, Yammer, and Skype for Business apps as of next month.

Microsoft is rolling out test versions of a number of its Office apps for x86-based Windows devices in phase one of its Office 2019 preview program.

Apple's iTunes is officially available from the Microsoft Store, a year after plans for its arrival were announced.