Full Bio
Posted in Consumerization: BYOD on May 19, 2014 | Topic: Hardware

ABC war correspondent Mike Boettcher might be the ultimate teleworker. He takes himself and his equipment to where the work is, which for him is in the thick of things, aka war. And in case you don't know this, he only has his camera and his cell phone and the bad guys have guns that fire real bullets at him.

Journalists are primary targets in war and conflict situations. The reason is that, if a soldier gets killed in action, there's standard coverage of it and the incident surrounding the circumstances. But if a journalist gets killed, there's major news coverage, interviews, and discussions of the costs versus the results of the conflict. In other words, journalists carry a heavy bounty for attention-seeking bad guys. If I were him, I'd just work from the safety and comfort of my home. But Mike is a teleworker who looks back on a 30-year career in the worst possible work environments one could dream of. 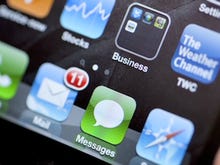 Although Mike Boettcher has seen a lot of sights, he's no sightseer; he's a veteran war correspondent whose latest sights have been in the mountains and valleys of the most dangerous place on earth: Afghanistan. While embedded there for an entire year, he managed to capture excellent footage, to keep his equipment operational, to re-establish a relationship with his son Carlos, and most importantly, he managed to stay alive.

"The Hornet's Nest" is a feature film starring the men and women of the United States armed forces. Local Afghan citizens and The Taliban play supporting roles. He and his son carry the cameras and tell the story. Technology made it all possible.

The technology resources that Mike and Carlos Boettcher used in Afghanistan:

I asked why they chose the JVC video cameras and Mike said that "We chose them because we needed equipment that could handle temperature extremes, shock, moisture, dust, and rough handling, while being shot at." It made me wonder if JVC considered that last feature as an add-on or simply as a value add.

The Canon 5D Mark II is an excellent camera because of its small size and high-quality video. It is a DSLR, which means that a photographer can use it in a variety of situations such as day, night, temperature extremes, rugged environmental conditions, and for a variety of applications such as video, still photography, and surveillance. Being small and lightweight, it attracts less attention than a 16-pound shoulder mount camera does. It's a full-frame camera, which means that the photo size is larger and is of much higher quality than the consumer-oriented cropped frame cameras.

"It's more real than reality TV and scarier than any horror movie."

The Sony PMW-EX3 is an extremely high quality video camera that I assume was only used in camp for interviews and for the videos of the troops on base. This camera is far too expensive and precise to be a rugged field camera, although I didn't ask specifically where they used the Sony. It's my assumption that it wasn't used as a field unit. The media it uses is also very high quality and expensive. The SxS-1 memory cards set you back a few hundred dollars for a 64GB unit, whereas their SDHC counterparts can be found for 30- to 50-cents per gigabyte.

I didn't get the name of the satellite dish they used for video upload and communications back to ABC, but Mike did say that it was small—"...about the size of a laptop".

They used Thuraya satellite phones for communications. I didn't understand, at first, why they used Thuraya phones but a look at the coverage map is one good clue. Another is that these phones are small (1.1 x 2.1 x 5.5 inches), rugged, non-glare, and lightweight (7.5 ounces). And they have extreme standby battery life, which happens to be important when you're out on two-day missions that stretch into nine days from being pinned down and picked off by Taliban fighters.

It's those little details that really make the difference in the tech you choose.

But this isn't Mike's first rodeo. He knows good tech means that he'll produce a good product. And when you telecommute like he does, you need the best available tech that you can afford. 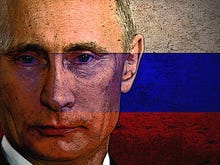 This isn't a movie review, but I'd like to take a moment to tell you that this is a real action movie, where you hear bullets whizzing by, where you witness IEDs killing and injuring real people (including children), and where you see real soldiers on both sides fighting for their lives*. It's a powerful film. It's rated R, but see it if you can. It changed my mind about what the soldiers do and have done in Afghanistan.

It's more real than reality TV and scarier than any horror movie. See it, but be warned that it will change the way you think about the military, Afghanistan, and embedded journalists.

*Some of the battles you see from both sides because the soldiers captured Taliban video.

Join Discussion for: Mike Boettcher takes telecommuting to 'The...