On my Windows 10 machine, this is how I've come to start my day: I slowly open my laptop lid, cautiously peer at my screen and wonder what is no longer working like it did yesterday.

Some days, I'm pleasantly surprised and things seem stable. But in the past couple weeks, the opposite has been the case. As a result, part of my new morning routine is checking my Windows Update history and my Windows Store app installation history, hoping against hope for clues as to why my machine is not running right. 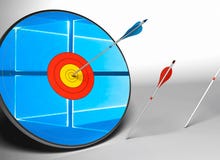 Windows 10 after one month: Hits and misses Nothing about Windows 10 has followed the standard timeline for a new Microsoft operating system release. Even the FUD is flying faster than usual.

This is not OK.

I wasn't a big Windows 8 fan. Being a heavy mouse and keyboard user, I liked 8.1 a bit more. Before installing Windows 10, I was really upbeat about its prospects, and my first few days with the new OS made me bullish.

But Windows 10's lack of stability is really starting to be an issue for me in a way that wasn't my experience on Windows 7 or Windows 8/8.1. And based on emails and Twitter messages, I'm getting, I am not alone.

I've been running Windows 10 since just before July 29. I installed Build 10240 -- the release many of us call RTM, but which Microsoft officials don't want us to -- and haven't moved to newer Windows Insider test builds. (I did not do a clean install. I installed the final bits from a USB device and upgraded from 8.1.) Since installing this build, I've had problems with Windows Store (it wouldn't allow me to buy apps or get app updates) and Windows Mail.

For several days in August, my Mail app was "stuck," but then one of Microsoft's handful of Cumulative Updates seemed to fix this, and seemingly remedied my Store issues, too.

But in September, my Mail problems returned and worsened. First, my Windows 10 Mail app stopped syncing with my Outlook.com and Office 365 accounts as of September 2. Then I got a Mail update around September 8 which totally broke Mail. The update wiped my Mail accounts, so I couldn't access Outlook.com or Office 365 through Mail. I couldn't add these accounts back. I found out later from readers for whom Mail was working that this Mail update included the ability to disable Conversation View, something I very much wanted.

Readers had plenty of suggestions, most of which involved running a PowerShell script from the Command prompt. Yes, I could have done that, but this isn't an acceptable solution for normal users. Microsoft had no suggestions for me; I asked multiple times.

If this was just me having these issues, I might chalk these problems up to my ineptitude or my particular hardware configuration. I have a fairly new Acer S7 Core i7 laptop that came with Windows 8 installed. But it's not just me. I hear daily from people with Windows Store crashes, Windows 10 Mail syncing issues and other app incompatibilities.

On Saturday, after three days of yet another new problem -- my Windows 10 machine was randomly shutting itself off, with no warning, no blue screen and no lack of battery charge -- I decided to reset my machine. Two-plus hours later (the time it took me to reinstall my removed apps, uninstall the apps Microsoft added back to my machine that I didn't want, and re-organize my Start Menu, etc.), success!

My Mail app started working again. I now have the ability to disable Conversation View on the RTM version of Windows 10 -- which now makes the app usable for me. And so far at least, knock wood, my Store is working and my machine hasn't shut itself off for no reason.

Windows 10 has a lot of moving parts. It includes a number of apps, like Mail, which are bundled with the operating system. It was designed to work on thousands of different Windows PCs and tablets, each with different configurations. And it's supposedly designed to allow users to be able to simply update from Windows 7, 8 or 8.1 without needing to do a clean install.

Windows 10 also is the cornerstone of Microsoft's "Windows as a Service" strategy, which means it is getting regular deliveries of fixes and features. Because Microsoft has opted not to detail what's in the various Cumulative Updates for Windows 10, we don't often know what's in the fixes and updates we are getting. To be honest, I'm not sure knowing would matter, as most of us "normal" (i.e. non-power) users are going to just get the updates as they are pushed to us.

Microsoft's original plan, we've heard from various sources, was to roll out Windows 10 in October 2015. Instead, due to OEM pressure, Microsoft began rolling out Windows 10 in late July. An update with a bunch of missing features, known as Threshold 2, is coming later this Fall.

But what I'm more interested in now is Redstone. Redstone is the next set of updates for Windows 10 after Threshold 2. Word is there will be two Redstone updates -- Summer and Fall -- in 2016. And according to my sources, a big focus for Redstone will be on improving the stability of the Windows 10 ecosystem and its many piece parts, via engineering processes instituted by the Windows team.

I'm hoping time and some of these ongoing Cumulative Updates will bring more stability to Windows 10 in the coming months. While I wait for this, I'll keep using Windows 10 on my laptop and hope for better stability. But I'm definitely also not going to be moving my main work machine off Windows 7 in the interim.

Join Discussion for: My biggest problem with Windows 10: Instability