The search engine giant's cloud has been added to the bank's strategy that already sees it use Microsoft Azure and Amazon Web Services.
Written by Asha Barbaschow on Sept. 16, 2019 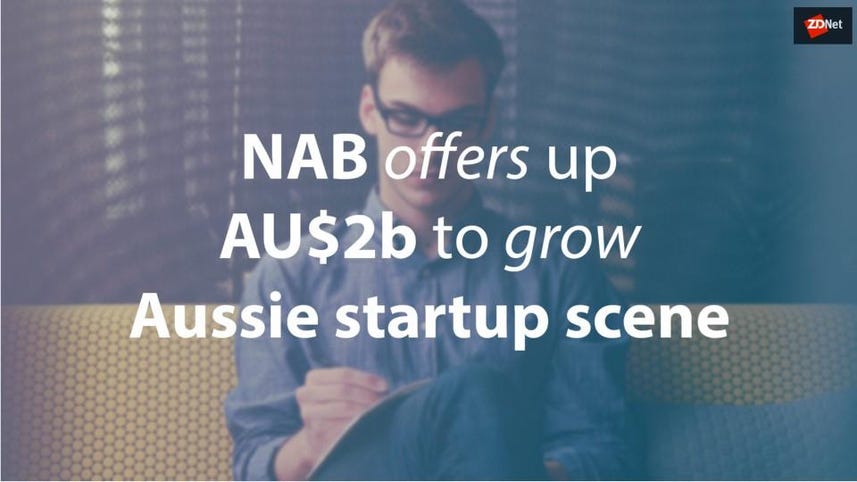 National Australia Bank (NAB) has announced adding Google Cloud to its multi-cloud strategy, as the bank shoots to become a financial services institution enabled by technology.

Since embarking on its cloud strategy, the bank has moved more than 400 applications to the cloud, while also reducing its overall number of applications by 8%. In total, NAB has 2,600 applications.

NAB wants to avoid vendor lock-in, but also wants to leverage the capabilities of each cloud provider, with chief technology and operations officer Patrick Wright saying Google Cloud brings with it innovations in data analytics, machine learning, and container management.

"Investment in data is a critical element of our digital transformation -- to be able to use data to develop products and services to improve customer experiences and be able to anticipate their needs," Wright said on Tuesday.

"One of the benefits of a multi-cloud approach is the ability to move workloads across platforms and integrate different tools and capabilities. We're designing our most critical applications to be portable between cloud partners to avoid concentration risk which is an important regulatory and risk consideration."

Around five years ago, the bank turned to AWS to start its multi-cloud strategy. Since then, NAB has laid the foundations to move its core banking function to the public cloud.

Speaking with ZDNet previously, NAB executive general manager for infrastructure, cloud, and workplace Steven Day said the shift to cloud was driven by the "usual" benefits of cloud -- moving with speed, procuring servers quickly, taking the mundane away from developers, keeping customers happy, and reducing cost.

NAB doesn't just plan on shifting a few hundred apps to the cloud -- the red and black bank is also consolidating its bank-wide information into a single, real-time data lake, helping its core banking dream.

"We'll start to look at core banking in the cloud -- we expect it to happen, but it obviously depends on lots of moving parts and regulators, etc," CIO at NAB Yuri Misnik told media during AWS re:Invent in November.

See also: How NAB is taking Australia's skills shortage into its own hands (TechRepublic)

When asked if there are some workloads that won't be moved to the public cloud, Misnik said NAB is being "very pragmatic".

"We will do whatever makes sense for us technology wise and business wise," he said.

NAB has also added Google Cloud Platform (GCP) training modules into the NAB Cloud and Analytics Guild education program, and said it would integrate GCP capabilities into the NAB Discovery Cloud and Data Hub in the future.

The bank partnered with AWS to launch the NAB Cloud Guild, which is an internal program that offers up AWS skills training in a bid to boost the internal skills shortage it was facing.

In July, two further guilds were added, with NAB chief data officer Glenda Crisp telling ZDNet the new in-house education initiatives were aimed at upskilling staff in the areas of data and analytics and the ethics involved in using such technologies.

Crisp said the Cloud Guild has trained more than 4,500 people from across NAB and said it has been a "huge success" with helping the bank's workforce understand the power of cloud technology and how it can help solve problems and be able to innovate.

Cloud
Beef up Microsoft Edge with my favorite add-ons

Windows
How to integrate Google Drive into Slack