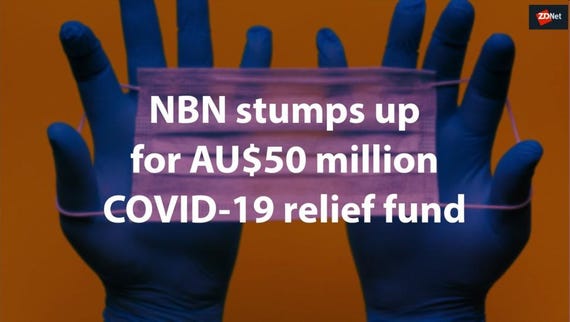 The company responsible for deploying the National Broadband Network (NBN) across Australia has gained a AU$6.1 billion line of credit from foreign and domestic banks.

This is the first time the company has taken on private debt. Separately, it also has a AU$19.5 billion loan that is to be repaid to the federal government by 30 June 2024 through refinancing.

Minister for Finance Mathias Cormann claimed the loan was an endorsement of NBN's business.

"NBN Co approached the bank market with a request for an initial AU$2 billion, as foreshadowed in its 2020-23 Corporate Plan. Given the positive response from the market, NBN Co has secured additional lines of credit totalling AU$4.1 billion at very competitive prices," Cormann said.

"There is no requirement for NBN Co to draw down on these additional facilities immediately, but the Government agrees with the company that it makes sense to have these facilities in place, to give it flexibility and given current economic conditions."

The debt will be over a five-year term, with AU$2 billion to be drawn down to complete the network, AU$1.5 billion flagged for working capital to "provide the company with added flexibility", and the remainder to be allocated for strategic investments with "positive return beyond the initial rollout phase" as well as repaying the government.

According to the incoming government brief prepared by the Department of Communications that was released under freedom of information last year, the loan that NBN has with the government has an interest rate of 3.96%, with interest payments to hit AU$759 million in 2021-22. The refinancing process would happen in a "number of tranches", the documents said, but the date when the company would start was redacted.

NBN will hand down its third-quarter results on Thursday.

Last week, the government-owned wholesaler said it had seen its highest peak data throughput, with 13.9Tbps down and 1.05Tbps up recorded on April 29.

"The peak download throughput record coincided with the release of updates to a number of popular video games," NBN said.