We have a lot of information in our businesses. We have FAQs, we have documentation, all wrapped up in a bunch of different file formats, stored in document management systems.

It's rarely, if ever, indexed, and even more rarely exposed to end users, leaving them coping with a complex maze of support calls that leave them frustrated and unhappy. It's not a scenario that brings customers back, at least not willingly.

So how can we change things? 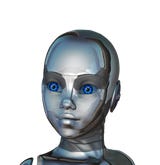 How will we cope with the AI Chatbot takeover?

Ordering lunch for a group or office using an AI chatbot, searching for recipes online, or using a virtual assistant to control your home with AI. AI chatbots are becoming indispensable - whether we like it or not.

One option is to build chatbots. Instead of first-line support reading the answers to common questions from a script, we can use familiar chat tools to wrap a conversational interface around a document, with machine learning to interpret questions and deliver appropriate answers.

This isn't a new approach, whatever companies like Microsoft and Facebook tell you. People have been building chat interfaces to expert systems since the 1980s, though it was the 1990s when computer scientist Pattie Maes' work on agent-based computing became popular.

The underlying technologies are, on the whole, relatively simple. We know how to build knowledge management systems and how to use them as the back-end of expert systems.

What's new is the ability of machine learning algorithms like Microsoft's LUIS to quickly extract meaning and intent from freeform text. Instead of having to talk like a machine to get data from an expert system, we can use our own natural language to converse (if a trifle one-sidedly) with a machine.

The result of mixing these two approaches -- natural language interfaces with expert systems -- is an almost no-code approach to building a chatbot. You can start with existing formatted data, import into an expert system, process its internal structure and content, and then front-end it with a natural language system that gets extra training from the content in your documents.

I recently sat down with Diego Ventura from noHold to talk about his company's approach to building chatbots. You probably won't have heard of noHold, though the company's been around since the 1990s. But you are very likely to have used its searchable FAQ and knowledgebase systems, as they power many of the largest support sites for well-known brands, including telcos, and for computer systems.

The heart of noHold's platform is an XML document database that stores media content, with an index that can be used to infer which content is related to which query. Information can be controlled so that internal users see a different set from external, even though they're both working against the same document store.

Working with noHold's tools is easy enough. The underlying Sicura platform is mature, and has plenty of options for ingesting and processing your content. Using its QuickStart feature, you're able to quickly hook content to noHold's natural language processing tool Albert.

With a friendly Einstein icon, Albert has a range of different natural language skills that can answer key questions about your data. It's even possible to hook Albert-powered bots to Alexa skills, making it easier for users to quickly ask questions and get answers.

One useful feature is the ability to hand over from one chatbot to another. For example, if Nohold's tools are used by both a telco and its various device partners, a query about a phone to an operator might quickly be transferred to the device manufacturer, if the underlying problem is identified as being on the device.

As the platform is cloud-based, it's easy to identify links between products and vendors, and to share queries as they pass from on virtual agent to another.

Getting started with Albert is simple, with a mix of account types that allow more and more complex document stores. Basic accounts are free, which means even the smallest business can now add its own virtual assistant to its website, reducing expensive support load -- or simply adding a feature that wasn't there before.

Tools like noHold's are going to become increasingly common. Microsoft has an FAQ tool as part of its Bot Framework, for instance, and we're seeing similar offerings from others.

What differentiates noHold's tooling is that it's from a company that's done nothing other than building support content databases, and for very large companies. The result is a machine learning system that's built on a lot of experience, so you'll get started a lot faster.