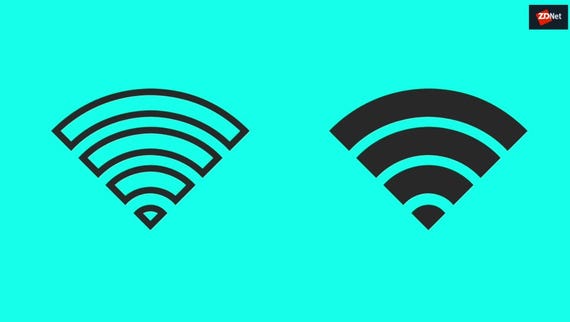 The Intelligent Fixed Wireless Access unit (IFWA-600) is third-generation technology from NetComm, and is set to be used on the National Broadband Network (NBN) fixed-wireless network later in 2018, according to the company.

A network-grade LTE CAT 16 device, the IFWA-600 provides support for global frequency-division duplex (FDD) and time-division duplex (TDD) 4G bands, including the 3.5GHz band for shared wireless broadband in the US.

"NetComm Wireless' IFWA-600 is the first technology of its kind to integrate an antenna design with network grade diagnostics and the capacity to deliver fibre-equivalent broadband services to homes and businesses in rural and underserved areas worldwide," the company said.

The antenna delivers up to 19dBi, with the unit allowing 256 Quadrature Amplitude Moderation (256 QAM) and 2x2 or 4x4 Multiple-Input Multiple-Output (MIMO) technologies, and up to four channels of aggregation.

It also includes voice over LTE (VoLTE) and a guaranteed radio link to ensure consistent user experience during peak times. It is IP65 rated for extreme environmental conditions.

NetComm is planning to showcase the device at Mobile World Congress (MWC) later this month in Barcelona.

The company has been working with NBN on its fixed-wireless network for years, entering the project via a backdoor by partnering with Ericsson on developing a solution for a layer 2 wireless network.

"They tendered this out and it was really nice architecture, but it hadn't been done before anywhere in the world," NetComm CTO Steve Collins told ZDNet last year.

"Ericsson worked out how to do the base station piece, but they needed a company who could design a brand new device, a thing called a CPE [customer premises equipment] or a WNTD [wireless network terminating device], that would connect to the network wirelessly but then provide this layer 2 tunnel through the whole network.

"We sat down with Ericsson and came up with a whole new architecture for how to do this layer 2 tunnel wireless network that people just call fixed-wireless now -- but it had never been done before."

NBN's fixed-wireless network is slated to connect 600,000 premises in regional areas across Australia by using a 4G-like service where it is considered uneconomical to roll out fixed-line access, and is expected to launch a 100/40Mbps product this year; however, NBN CEO Bill Morrow earlier this week told ZDNet that it is still working out how to offer this product.

NetComm's fixed-wireless solution is also being rolled out across 18 states in the United States in partnership with AT&T.

NetComm's NCD incorporates a G.fast and VDSL modem and is able to monitor and report diagnostics on the performance of the line going into a premises. It is used in conjunction with NetComm's FttC distribution point unit (DPU), and includes a reverse-power feed allowing the DPU to be powered via the customer's premises.

Collins at the time told ZDNet that the NCD brings FttC solutions up to the same point that fibre-to-the-premises (FttP) is at, in that it powers the DPU and provides the modem to the end user, with retail service providers then simply connecting them.

"The NCD in our opinion completes the ecosystem of what the distribution point unit set out to solve," Collins told ZDNet.

"If you're looking at fibre to the home, you get a fibre going in and then you have a product that goes into your home called an ONT -- optical network termination -- and the ONT converts a fibre into an Ethernet signal," he explained.

"The NCD closes that loop."

In November 2016, NBN had announced that NetComm Wireless would be supplying its FttC DPUs and related services. This was as a result of NetComm directly tendering for the FttC contract after NBN specifically asked it to take part, Collins told ZDNet.

Under the deal, NetComm will supply NBN with one-port and four-port DPUs to be installed in pits outside premises to connect the legacy copper with fibre within NBN's FttC footprint of 1 million premises.

FttC trials in the United Kingdom have seen NetComm's G.fast DPU attain 1.66Gbps aggregate speeds in partnership with Openreach using 40 metres of copper lead-in cable as well as spectrum frequency of up to 212MHz.

Telstra CEO Andy Penn has announced the launch this year of a security operations centre in London, with the chief exec also discussing the USO, 5G backhaul, media services, IoT, and smart cities.

Telstra to get more 'aggressive' after AU$1.7b half-year profit: Penn

Telstra will increase its 'intensity' heading into the second half of FY18 after reporting EBITDA of AU$5.1 billion and net profit of AU$1.7 billion, with CEO Andy Penn outlining the company's NBN customer improvement strategy.

A year after launching gigabit LTE, Telstra and Ericsson have announced attaining 2Gbps speeds across 4G by utilising 4x4 MIMO and 256 QAM, and aggregating 100MHz of spectrum across three frequency bands.

NBN is 'studying and watching' this year's 5G spectrum auction closely as it would like to obtain part of it, CEO Bill Morrow has told ZDNet, at the same time revealing that the company is hesitating on how it can offer its promised 100Mbps fixed-wireless product without impacting peak period customer experience.

NBN has announced that it is expecting to have up to 1.6 million premises on speeds of 50Mbps or above by June thanks to discounting the wholesale pricing of higher speed tiers.

The two companies are joining forces to build out a pre-standard 5G technology ecosystem to make future deployments even easier.

The telecom giant will use next generation wireless to bring fast internet speeds to homes-and compete with fiber-starting in Sacramento, CA.