New 'sentient' tools set to explode on the global market

Emerging products made possible by leaps in artificial intelligence, cloud, and robotics will affect many jobs.
Written by Bob Violino, Contributor on Feb. 8, 2017

Quantum leaps in technology in areas such as artificial intelligence (AI), the Internet of Things (IoT), smart cities, cloud intelligence, and robotics have set the stage for new "sentient" tools to explode onto the global market, according to a new report by research firm Frost & Sullivan.

These tools are aware of and can learn from their surroundings and users, mark the next step in the evolution of computational systems, and will have deep implications for the global workforce, the study said.

While sentient tools have been molded by advances in computational, sensing, and communications technologies over the last 50 years, "the incredible progress made in economies, culture and technologies is not complex enough to raise the 'awareness' of sentient tools to match human consciousness," the report said. "Therefore, they cannot mimic or replace human interaction and will be designed to complement human labor by tackling heavy computing and physical tasks."

Sentient tools "are the next step in artificial intelligence," said Yash Mukherjee, visionary innovation research analyst at Frost & Sullivan. "They are not only able to perform tasks as per programming, but also able to 'perceive' more human traits, aiding in human and machine collaboration."

Current tools based on AI are making substantial progress, but they have yet to reach the cumulative evolution that's needed for an artificially intelligent machine to become truly sentient, Mukherjee said.

As social machines that can communicate and interact with their environment instead of simply performing rote tasks, sentient tools can bring about a sea change in labor-intensive industries, the report said. The sectors that will be most affected by these products include travel, transportation, defense, manufacturing, healthcare, construction, agriculture, financial services, information and communication, and municipal government (smart cities).

A number of jobs will be affected by the emergence of these tools. "With sentient tools, the middle-wage/middle-skill jobs will see a massive decline as they get extensively automated," Mukherjee said. "The low-wage/low-skill jobs will see an increase, as employees get confined to these ranks owing to lack of opportunities in the middle-ranking jobs."

As the technologies become more "intelligent," the number of tasks one tool can complete increases, Mukherjee said. "Sentient tools are expected to be very close to mimicking human effort, thus eliminating a number of middle-skilled jobs," he said.

Organizations will need to examine new business models and how each position in their organizational structure is likely to fit into these new business models. "Middle-level employees will require significant training to improve their skill set, thus allowing them to manage autonomous machines that would be integrated" into processes, Mukherjee said.

Organizations will need to examine the low-skilled jobs that do not warrant the investment of a sentient tool and will still require human effort.

"Autonomous cars can sense the physical world around them via sensors [for example imaging, radar etc.] and make logical decisions on navigation, regulation compliance, engine efficiency and safety measures," Mukherjee said. "However, sentient tools by definition understand and interact with their users on a personal basis."

Video: Like owners and pets, are you to blame if your robot hurts you? 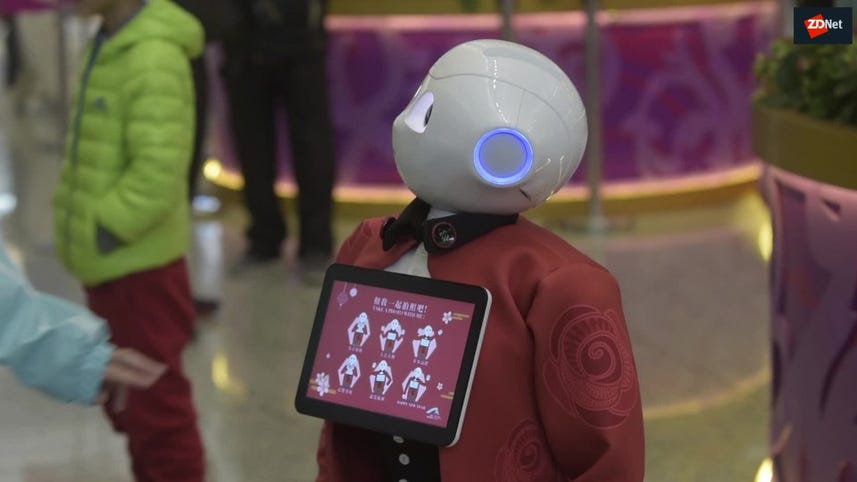