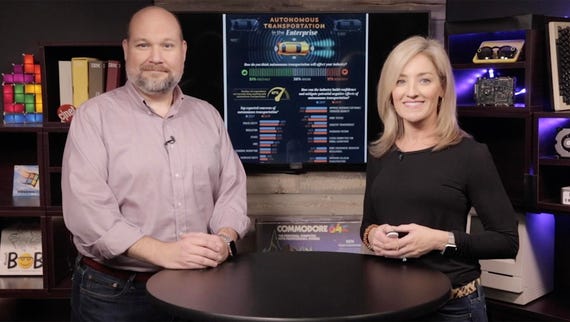 California has said it will now allow companies to test light-duty autonomous delivery vehicles on the state's public roads.

The State of California's Department of Motor Vehicles (DMV) announced the new regulations last week, which allows companies with a permit to operate autonomous delivery vehicles that weigh up to 10,001 pounds (4.54 tons).

"The adoption of these regulations means Californians soon could receive deliveries from an autonomous vehicle provided the company fulfills the requirements," DMV Director Steve Gordon said. "As always, public safety is our primary focus."

The DMV has set out separate requirements for testing that involves a driver and for tests that are driverless. Currently there are 65 companies with permits to test autonomous vehicles with a safety driver on California's public highways. Tech firms with this permit include Apple, Baidu, Intel, Lyft, Qualcomm, Nvidia, Samsung, Tesla and most major auto brands. Only Google-hatched Waymo has a permit for driverless testing, which it got last year.

Companies will need to certify vehicles are equipped with an autonomous vehicle data recorder as well as technology to respond to roadway situations.

Vehicles must also be certified to industry standards for helping defend against and respond to "cyberattacks, unauthorized intrusions or false vehicle control commands."

For companies testing driverless delivery vehicles, companies need to ensure they're equipped with a "communication link between the vehicle and a remote operator and the ability to display or transfer vehicle owner or operator information in the event of a collision."

The new rules are the result of a DMV proposal from April to allow companies to start testing delivery vehicles.

Join Discussion for: Next on California's roads: Autonomous pizza...