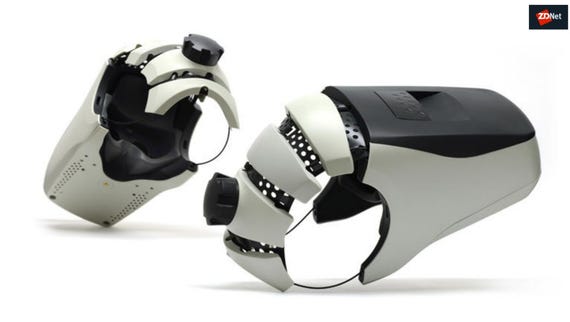 The National Football League will use Amazon Web Services as its standard machine learning and analytics provider to boost the performance of the league's player statistics platform.

The announcement is just the latest customer win AWS has touted at its re:Invent conference this week, following similar cloud deals with Time Warner and Intuit. AWS also announced new cloud deals with the the Walt Disney Company and Expedia on Wednesday.

Amazon said the NFL will use AWS' machine learning and data analytics services to improve the statistical capabilities and performance of the league's Next Gen Stats platform, which basically tags up players and tracks new stats like speed, rushes and passes. AWS will also become an "Official Technology Provider" of the NFL.

"The NFL continues to look at technology to grow the sport of football to the millions of fans who engage with us throughout the year. Next Gen Stats is already revolutionizing the game of football by exposing a variety of advanced statistics that enhance our broadcasts and other operations," said Matt Swensson, VP of Emerging Products and Technology at the NFL.

Meanwhile, online travel booking company Expedia has gone all-in on AWS and is standardizing on AWS machine learning technologies across its brands, which include Expedia.com, Hotels.com, and HomeAway.

The two companies have been working together since 2013, when Expedia turned to AWS to speed up various large-scale projects and improve its integration time after acquisitions. Now, Expedia says it's moving 20 years worth of core-business workloads, digital properties, mobile applications, and legacy platforms from proprietary datacenters to AWS. Expedia will also migrate several databases from Microsoft SQL Server and Oracle to Amazon Aurora.

Expedia CTO Tony Donohoe said the tie up with AWS has allowed the company to build new applications and reengineer legacy platforms for the cloud.

Read also: What is cloud computing? Everything you need to know from public and private cloud to software-as-a-service | Amazon Sumerian cloud service launched to create VR, AR, 3D apps

"Before running analytics workloads on AWS, it took us three hours to analyze five days of performance metrics," Donohoe said. "Now we can analyze seven days of data in 30 seconds -- that's 360 times faster."

"Expanding our strategic relationship with AWS and making AWS our preferred public cloud infrastructure provider aligns with our overall technical strategy," said Charles Weiner, Disney's SVP of Enterprise Infrastructure Services. "We have had success modernizing our IT operations and transforming the digital presence of our brands using AWS."

AWS already counts a bevy of media players as customers, including BBC, Discovery Communications, Hulu, Netflix, and Spotify. The customer bragging comes at a time when AWS, Microsoft Azure, and Google are all competing for enterprise dollars and poaching customers.

Join Discussion for: NFL bets on AWS for machine learning