The evidence of traumatic brain injury is overwhelming. The league is hoping technology can help.
Written by Greg Nichols, Contributing Writer on Oct. 18, 2017 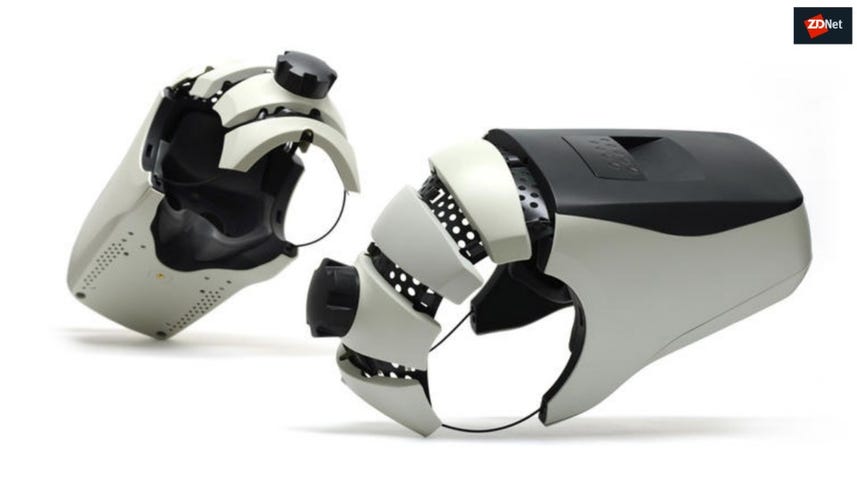 An active NFL player is a great board addition for any tech company hoping to become a sideline standard in contact sports, but the more interesting news may be that Fleener's participation didn't raise any red flags with the NFL, the player's union, or Fleener's management team.

The league is facing public and legal pressure now that there's an overwhelming body of evidence that the repetitive brain injuries sustained during play correlate to the brain disease CTE, among other neurological deficits.

The NFL has walked a line between denial and rule changes, but technology may be the only way safely forward.

Fleener's participation with SyncThink suggests that the NFL is open to a higher tech alternative to current concussion tests, which involve asking suspected concussion sufferers a series of questions. Not surprisingly, that doesn't work very well.

SyncThink's EYE-SYNC device is designed with VR and eye-tracking technology to objectively measure impairments in about a minute, as well as to "assess ocular-motor synchronization deficits and vestibular balance dysfunction," according to a spokesman.

Abnormal eye movement is one of the most common deficits after a concussion occurs. Eye-Sync technology received FDA Clearance last year.

Fleener went to Stanford University and is now with the New Orleans Saints. He's been in the NFL since 2012 and finished the 2016 season with 50 receptions for 631 yards and three touchdowns.

He said he's seen players struggle with concussion-related injuries throughout his career.

"The lack of objective measurement for concussions can be frustrating for us athletes, as well as the medical staff trying to keep them healthy," said Fleener in a statement.

The company said Fleener will contribute a valuable on-field perspective.

A large-scale university and pro program rollout of Eye-Sync is currently in progress.

Oculus Go: We must control virtual reality before it controls us