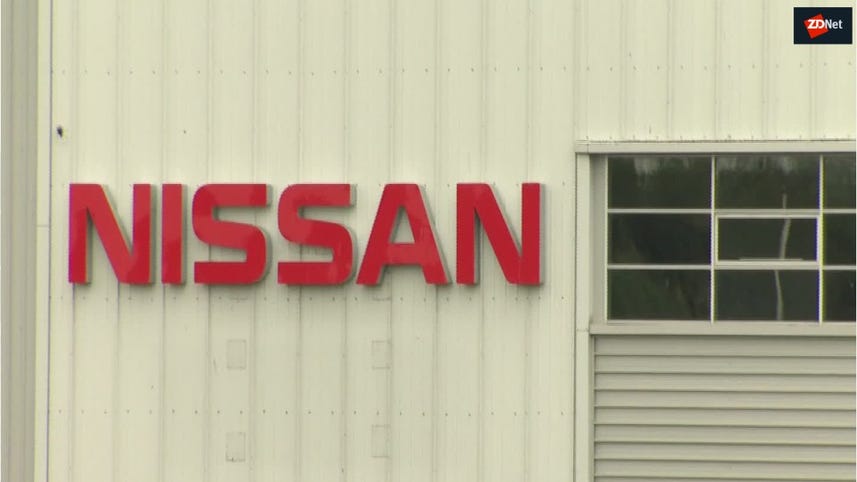 In a statement, Nissan said that old batteries from the Nissan Leaf electric car, coupled with solar panels, will power the new streetlights.

Together with affiliate 4R Energy Corp., Nissan will be providing the outdoor lighting to the town as part of Namie's recovery efforts following the 2011 earthquake and tsunami, of which many towns and cities in Japan are still feeling the impact of due to damaged infrastructure.

"The project utilizes the growing number of used electric-car batteries that will become available as electric vehicles increase in popularity around the world," Nissan says.

The street lamps have a distinctive, minimalist design and are 4.2 meters tall. Solar panels are installed at the top while the recycled EV batteries store power collected through the sun at the bottom of the installation.

A benefit of the new lighting is that they operate completely off-grid and do not need any cables or investment in infrastructure -- which will only help cities already attempting repairs after natural disasters.

In addition, should another earthquake hit, these lights will not be affected by issues with central power supplies.

"Even when batteries no longer serve to power cars, they can be reborn to keep serving humans," the automaker says.

A prototype will be tested on 26 March in Namie, with more lights to be installed throughout the city this year. If successful, other automakers may also adopt the idea as a way to responsibly find another use for batteries after they have completed their lifecycles in our electric vehicles.