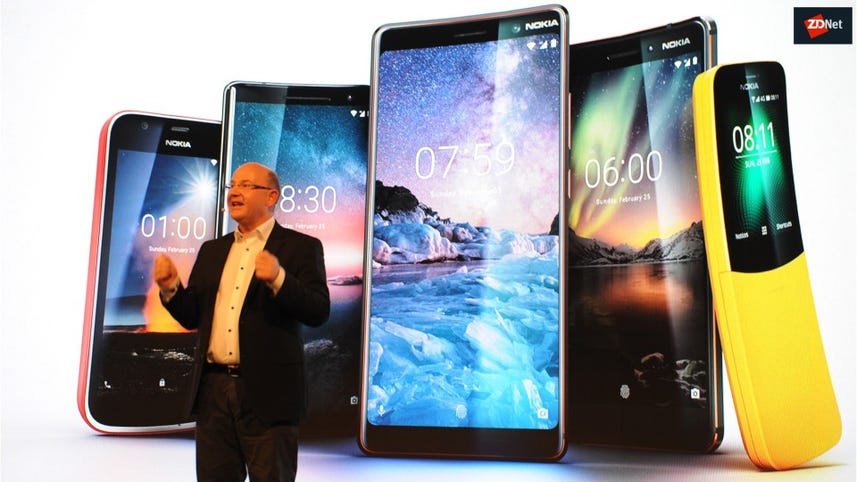 HMD Global, the licensee of the Nokia phone brand, has announced the Nokia 7.1, a pure Android phone that raises the bar for the mid-range market with an appealing price.

Like many Android phones, the Nokia 7.1 has a notch, but the device's 5.84-inch full HD screen isn't edge-to-edge due a small bezel on the bottom.

It's the latest addition to the Nokia Android One family, which includes the mid-range Nokia 6.1 and Nokia 7 Plus, and the high-end Nokia 8 Sirocco.

The phone is powered by a Qualcomm Snapdragon 636 and features dual Zeiss Optics rear cameras with 12-megapixel and five-megapixel sensors, which support the bokeh effect.

It also has an eight-megapixel front-facing camera and features Nokia's 'bothie' pictures, which use front and rear cameras with a new slider to adjust the split screen.

The Nokia 7.1 is shipping with Android Oreo but HMD said it is ready to receive the Android Pie 9.0 update.

In the UK, it's throwing in the True Wireless Earbuds for free with pre-orders of the Nokia 7.1.

The True Wireless Earbuds have a 3.5-hour battery life, while the cylindrical charging case holds enough charge to give up to 16 hours of battery life, according to HMD. They connect via Universal Bluetooth 5.0 and are splash resistant.

The Pro Wireless earphones are wired to a neck band. It offers up to 10 hours of playback time on a single charge, features vibration alerts, and connects via Bluetooth 4.2.

According to Android Authority, the earphones will cost about €69 (£61) while the earbuds will cost €129 (£114). They'll be available in the UK in November and will be available elsewhere in Europe by the end of the year.

Nokia's 1996 curved slider phone has been reimagined as a 4G dual-SIM feature phone with a 2.45-inch colour screen and impressive battery life.

It comes in two colors, with shiny accents.

Nokia 2, First Take: Lack of performance is a compromise too far

This affordable 5-inch Android smartphone offers decent build quality and impressive battery life, but the CPU/RAM combination is underpowered and it's short on internal storage.