HMD's second phase of bringing back the Nokia smartphone cache includes a high-end flagship, devices at every price point and naturally an old school reboot of a slide design.
Written by Larry Dignan, Contributor on Feb. 25, 2018 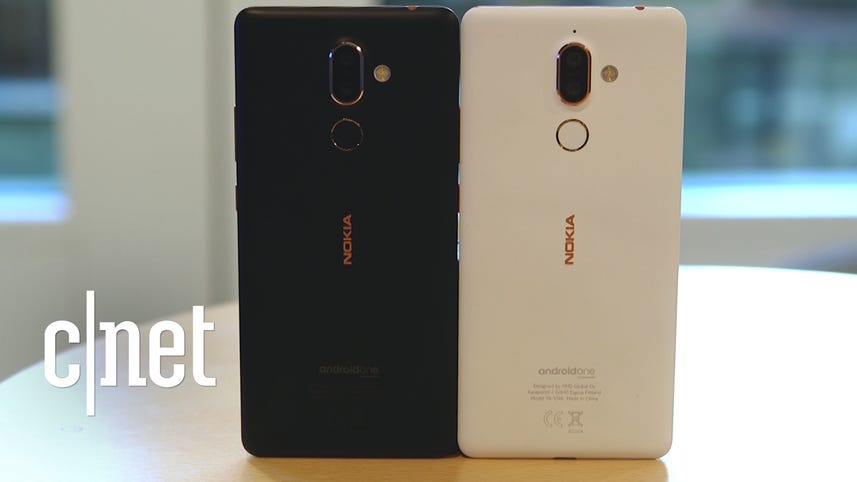 The comeback of Nokia smartphones is entering another phase with a flagship entry that may poach a few Android customers at the high-end and efforts to hit multiple price points.

HMD Global, which makes Nokia phones under license, outlined four new Android phones at Mobile World Congress in Barcelona. The phones are the Nokia 8 Sirocco, Nokia 7 Plus, Nokia 6 and Nokia 1.

The smartphone maker also said that it is a global partner in Google's Android One program. Nokia is essentially leaving the software experience with Google and ensuring a pure upgrade experience. HMD said its Nokia lineup will "come with no unnecessary UI changes or hidden processes that would eat up battery life or slow them down so you can enjoy your new phone for longer."

That approach is one reason HMD's Nokia phones are in Google's new Android enterprise program. The launch of Nokia's smartphones was timed just ahead of Samsung's Galaxy S9 and Galaxy S9 Plus lift-off.

For the high end, HMD announced the Nokia 8 Sirocco, which is earmarked as a flagship product with stainless steel and glass design, a 5.5" 2k OLED display, Nokia spatial audio, wireless charging and 6GB of RAM. Priced at euro749 this does put the phone squarely in line with some higher-end offerings from the likes of Huawei, which demonstrates a statement of intent from HMD despite only being back in the smartphone market for less than 2 years.

Here's a look at the headliners in the Nokia lineup:

McQueen said Nokia's lineup is designed to scale shipments in 2018.

With this latest bundle of phones, Nokia is expected to improve on its shipments of 70m from last year (both smartphones and feature phones), which it achieved from a virtual standing start. By resurrecting its distribution partners and building a solid partnership with Google, most notably through Android One with the promise of a "pure, secure and up to date" experience, the company is slowly rising from the ashes as a brand to once again be taken seriously in the mobile phone marketplace.

This well-crafted expansion of the portfolio allows it to now hit a wider number of price tiers while also creating a presence through regional expansion. Innovation and accentuated designs at competitive prices will help these devices stand out in the crowd, and some of Nokia's old brand traits such as long battery life, durability, and quality all seem to resonate well with these latest announcements.

IHS Markit analyst Ian Fogg said that HMD has been shrewd about its Google partnership and the lineup looks promising. Fogg said in a post:

Nokia used to be the largest maker of both mobile phones and smartphones, HMD's strategy clearly aims to return Nokia to be a mobile market leader, even if it's too early for HMD to realistically target displacing Samsung or Apple. To date, HMD has married excellent industrial design with strong brand and channel knowledge. In future, HMD must deepen its innovation to justify premium margins and ensure new Nokia smartphones live up to the brand's image.