Not so quiet takeoff: A big month for electric aviation 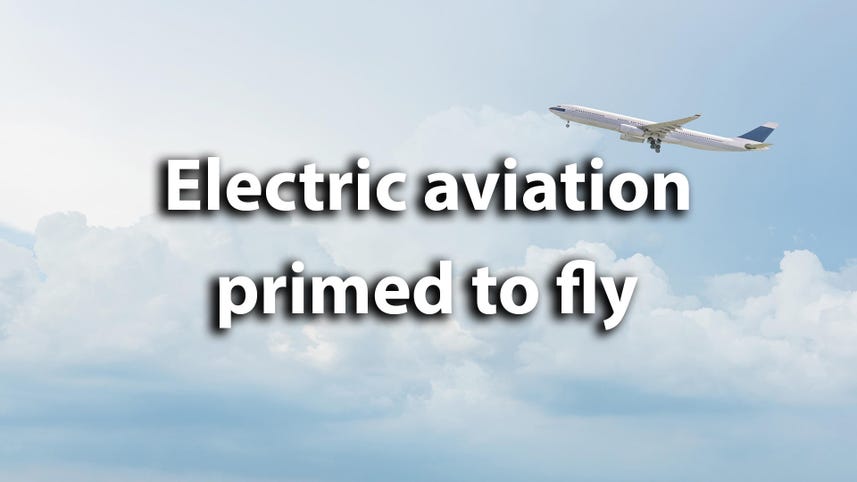 Morgan Stanley estimates sustainable air mobility will be a $1.5 trillion by 2040.

The first announcement comes from California-based Archer, a company that bills itself as building the world's first all-electric airline around vertical takeoff and landing vehicles to move people throughout the world's cities. Archer and Fiat Chrysler Automobiles (FCA) have entered into a supply chain agreement to enable Archer to benefit from access to FCA's low-cost supply logistics, as well as advanced composite material know-how and engineering experience.

That access is critical in Archer's bid to manufacture high-volume, composite, electric vertical takeoff and landing (eVTOL) aircraft. According to the company, the all-electric aircraft will be capable of traveling distances of up to 60 miles at 150 mph.

"We've been hyper-focused on a customer-first approach to vehicle design and aircraft operations," says Brett Adcock, Co-Founder & Co-CEO of Archer. "Now we are working with a seasoned, industry-leading automotive partner to leverage cost benefits and experience that will allow Archer to produce thousands of aircraft reliably and affordably every single year."

Other players in the increasingly competitive space include Blade and Lilium.

Archer and FCA, the parent company of brands like Chrysler, Dodge, Jeep, and Ram, have already teamed up on cockpit design elements. One stumbling block for startups in aviation – electric or otherwise – has always been access to a capital-efficient supply chain, the kind that give established durable goods manufacturers a competitive edge. Building such a supply chain is a decades-long process, and manufacturing composites at scale is difficult under the best circumstances. Through this collaboration, Archer and FCA will work together to significantly decrease the cost of production while leveraging FCA's manufacturing know-how against Archer's startup nimbleness.

"Electrification within the transportation sector, whether on roads or in the air is the future and with any new and rapidly developing technology, scale is important," says Doug Ostermann, Vice President and Head of Global Business Development of FCA. "Our partnership with Archer has mutual benefits and will enable innovative, environmentally friendly transportation solutions to be brought to market at an accelerated pace."

That's certainly the case for electric aviation company MagniX, which is developing technology to turn traditional aircraft into electric vehicles. The Washington State-based company recently announced it's consolidating operations at a new 40,000-square-foot building to aid its mission of all-electric aviation for planes carrying up to 40 passengers.

"In 2018, 75 percent of worldwide airline flights were 1,000 miles or less in range. With magniX's new propulsion systems coupled with emerging battery capabilities, we see tremendous potential for electric aviation to transform this heavily trafficked 'middle mile' range," Roei Ganzarski, CEO of magniX, told us in 2019.

MagniX will first retrofit small turbine-engine airplanes with its electric motors. The Pacific Northwest, home to aviation giant Boeing, has long been a hub of aviation innovation. Vancouver-based Harbour Air, North America's largest seaplane airline, is working with MagniX on an all-electric fleet, a move that's being watched a bellwether in the sector.

The news from Archer and MagniX is indicative of the activity in electric aviation development, and this technology is likely to reach commercialization well within the coming decade.