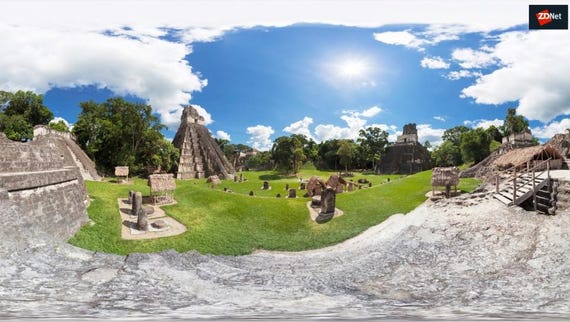 Technology is driving globalization to the benefit of some, but it's also brought with it destruction of cultures, such as the widespread loss of languages as the world gravitates towards a handful of dominant languages. And while many fear that artificial intelligence (AI) will be the end of human history, Microsoft wants to use AI to record and protect cultural history at threat from globalisation.

Microsoft president and top lawyer Brad Smith has announced a new "AI for Good" plan that specifically addresses cultural heritage, joining its other AI initiatives focused on the environment, humanitarian issues and accessibility.

Smith points to UNESCO research that a third of the world's languages have fewer than 1,000 speakers and that every two weeks a language dies.

"It is predicted that between 50 and 90 percent  of endangered languages will disappear by the next century. When the world loses a language, we all lose an important piece of human history, and a community loses its ability to connect and communicate with its past," said Smith.

Microsoft's cultural heritage program will use AI to work with nonprofits, universities and governments to help preserve languages, places and cultural artifacts.

While Microsoft has earmarked $125m over five years to use AI for good, the new AI for Cultural Heritage is also a plug for relevant cultural projects Microsoft has already partnered on in recent years.

This includes its work using Microsoft Translator as part of a program to preserve two endangered languages in Mexico, Yucatec Maya and Querétaro Otomi.

Microsoft has also worked with The Met Museum in New York on ways to use AI to bring its collection of art online. That work involves digitizing, classifying and tagging millions of pieces of art.

And to celebrate French culture, it's used HoloLens with two French firms to bring virtual reality to the Musée des Plans-Reliefs.

"These projects have given us confidence that we can put AI to innovative uses that can help communities expand access to culture and explore new perspectives and connections through shared experiences," explained Smith.

"We've realized that this work deserves more than a handful of projects. That's why we're bringing these efforts together in a more comprehensive program that will explore and pursue new opportunities with institutions around the world."

Join Discussion for: Now Microsoft wants to use AI to save history