Palm is back: Tiny new device aims to let you leave your big smartphone at home

The new 3.3-inch touchscreen Palm is designed to be a less distracting companion for your phone.
Written by Liam Tung, Contributing Writer on Oct. 16, 2018 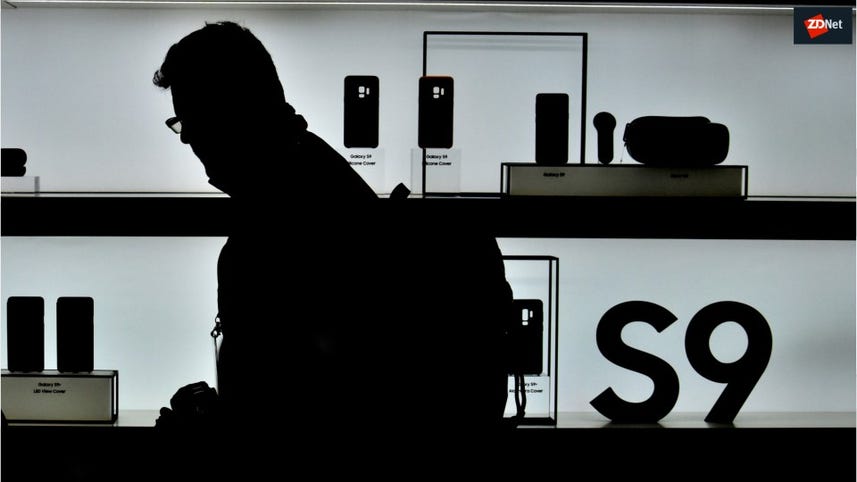 Palm, a major mobile and PDA brand in the 1990s, died in the hands of HP after it bought it in 2010. Palm's webOS went to LG, while Chinese gadget maker TCL snapped up the Palm name from HP in 2015, promising to recreate the brand in Silicon Valley.

Palm is now back, thanks to San Francisco designers Howard Nuk and Dennis Miloseski, who teamed up with TCL and Verizon Wireless for the Palm revival.

The new Palm is a tiny device that's not a phone, but rather acts as a companion smartphone that's designed to encourage users to leave larger and more distracting smartphones at home.

The Palm features a 3.3-inch touch display in a frame that's about the size of a credit card. It's sold exclusively by Verizon in the US for $349.

Verizon adds $10 a month to an existing mobile bill to tap the device's LTE cellular radio so it can sync calls, notifications, and texts with the main smartphone.

The Palm shares the same number as the main smartphone and syncs using Verizon's NumberShare, its service for syncing smartwatches to a main smartphone.

The Palm device runs on a Qualcomm 435 eight-core CPU, features a 12-megapixel rear camera and eight-megapixel front camera, and weighs just 62.5gm, or just under a third of the weight of an iPhone X.

It's also got 3GB of RAM, 32GB of storage, an 800mAh battery, and runs Android 8.1 with access to all Android apps in Google Play. There's one USB-C port for charging or headphones, plus Bluetooth 4.2 low energy.

Palm's makers say the device will last a full day in Life Mode, which silences all incoming calls and notifications when the screen is off. It's also IP68-rated water- and dust-resistant.

The company is pitching the companion device as an alternative to a smartwatch for fitness users since it has the same sensors and similar portability, but the extra benefit of two cameras, a keyboard and access to all Android apps.

The concept of a small touchscreen device that's doesn't beckon users to constantly look at the screen could be well timed, given Apple and Google have launched mobile features to address users' concerns about being addicted to smartphones.

"We think technology should recede," Palm co-founder Miloseski told CNET in an interview. "The product should be a supporting character in our lives."

Fellow co-founder Nuk told CNET the smaller screen made him less prone to using it compared with the typical larger phone.

The Palm pairs with Android and iOS, but the Palm wouldn't be able to sync iOS-only apps like FaceTime and iMessage.

According to CNET, Nuk and Miloseski are seasoned designers in the mobile hardware industry, having met at Samsung where they were responsible for the design on the Gear Fit fitness tracker. Nuk also helped design the Beats headphones.

Palm will be the third old phone brand to attempt a revival, following HMD Global's Android Nokia efforts, and TCL's own attempts to bring back physical keyboards under the BlackBerry brand.

Palm looks like the smallest iPhone you've ever seen, but it's not a phone CNET

Wacky Palm device is a 3.3-inch 'phone' for your phone CNET

Meet the tiny device that wants to help you text, take calls and use your apps while on the go.

A teaser website hints at the return of Palm in both name and logo.

HP shutters webOS phones and TouchPad, maybe the OS too

Turn out the lights on webOS as HP is discontinuing all devices running its OS acquired from Palm for $1.2 billion. This includes all phones and the just released TouchPad tablet.

The Fasetto Forum allows you to broadcast presentations on any device in a room, all through its own wifi signal.