Full Bio
on August 4, 2020 | Topic: Coronavirus: Business and technology in a pandemic 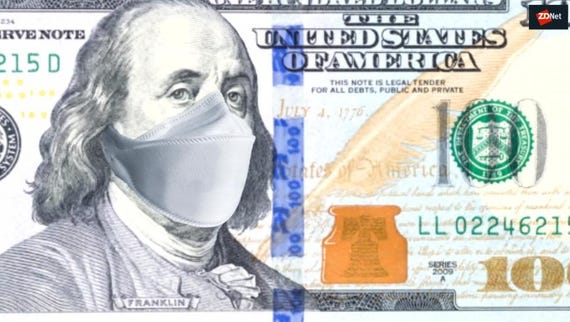 A radical rethinking of work arrangements and growing reliance on technology amid workforce contractions are putting incredible pressure on IT during the pandemic. At the same time, IT budgets are plummeting.

Those are the grim (but probably familiar) findings from a new survey released by Apptio detailing the shifting business priorities during the pandemic. The survey is anecdotal, taking into account responses from 100 leaders in senior technology positions, but it reflects a generally understood truth in the sector: The pandemic has underscored just how critical IT is to organizations, which is helpful for job security. At the same time, many of the organizational pressures brought on by an unprecedented global crisis are landing at the feet of CTOs and digital information officers, as well as those who serve under them.

The pinch is being felt in large part as companies grapple with massive uncertainty over the future. According to the Wall Street Journal, more companies are turning to zero-based budgeting, a tactic which requires managers to justify each expense. That's helpful for trimming the fat, but it's often incompatible with IT budgets, which tend to be at once more nuanced, more forward-thinking, and harder to explain (and therefore justify) to senior leadership than budgets of other departments, such as marketing. The result at many organizations has been budget cuts or freezes.

According to IDC, worldwide enterprise IT spending, which grew 5% in 2019, according to IDC, and was projected to grow at a similar rate this year, is now expected to fall by 5.1%. The Apptio survey contextualized that macro trend somewhat. According to the survey, cost optimization is now a massive priority, with 72% of CIOs reporting that the disruption caused by COVID-19 has changed their business priorities.

"Across sectors, organizations have shifted from prioritizing operational excellence and revenue growth to reducing IT spend," an Apptio communications officer told me over email. "Two-thirds of healthcare organizations say optimizing costs is now the number one priority."

Like so much of life and business right now, it's unclear if there's any change on the horizon. For the time being, IT pros are stuck between a rock and a hard place, and their performance has never had as much scrutiny as it does now.

Join Discussion for: Pandemic to IT: 'Do more with less!'