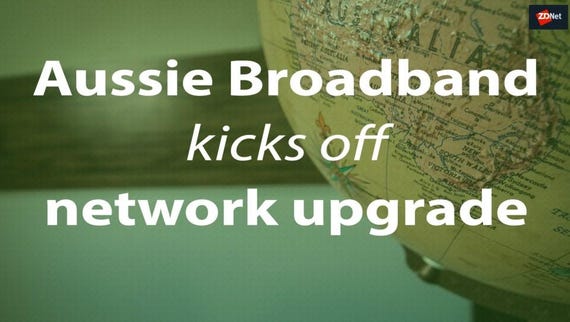 The company responsible for deploying the National Broadband Network (NBN) across Australia has maintained that there are no impairment issues that would see the company needing to write down the value of the company, and that those calling for such action are just after a wholesale price cut.

"When people say there should be a write-down, I don't think that is what they are really calling for. Essentially, they are calling for the wholesale price to fall dramatically," NBN CEO Stephen Rue told the Joint Standing Committee looking into the business case for the NBN on Monday.

Rue said the company wants retailers to be successful, but that the NBN needs to have enough cash to complete the build, and maintain and upgrade the network. The NBN CEO also restated that the network build would be complete in 2020.

In October, NBN chair Ziggy Switkowski ruled out a write-down, saying the ability to properly value the network would not happen until the 2020s.

"I think considerations and evaluations of NBN will await the business moving into a normal conventional mode, which will happen when we finish the building in 2020, we complete the conversion of all households and businesses in 2021, we turn cashflow positive, we look forward, and then whoever is going to make a judgment will make it then," Switkowski said at the time.

"We said at the time that that was not a view that we had held as necessary. It's not our advice, and it's still no longer the issue, and we continue to maintain I think a very sound commercial footing for the NBN and the assumptions it's based on," Morrison said.

"And of course it has to pass muster on those issues when it comes to identifying and defining the nature of the debt and other finance that's going into the project, so I mean these aren't arbitrary decisions that are made, they are subjected to standards on the accounts, and they're meeting those standards and we expect they will continue to."

An hour before Rue stepped in front of the joint committee, Aussie Broadband managing director Phillip Britt took to Reddit for an Ask Me Anything session.

Britt said the CVC pricing from the NBN is preventing the company from offering unlimited data plans on speeds faster than 100Mbps.

"The CVC pricing construct is the primary limiter here, we've only got 2.5Mbps of CVC allocated under the bundled model and someone on an unlimited plan on those higher tiers would have the potential to really cause some damage," Britt said.

Contrary to those running the NBN, the Aussie Broadband boss believes the only way for NBN prices to come down is via a write-down.

"I believe we will see the price of the 100Mbps tier reduce over time, but it will require a government write-down of NBN for this to occur. They can't hold onto the AU$51 [average revenue per user] amounts they are trying to achieve because the mobile guys will wipe the floor with them," Britt said.

Britt warned that services such as 5G fixed-wireless will put pressure on pricing and hit the NBN's profitability, meaning that the write-down will be required before any cut flows to consumers, which Britt predicted could come with a change of government.

On the business side, the MD said Aussie Broadband is looking to double its customer base to 200,000 in the next 12 months, and has 26 percent of its customers on 100Mbps plans. Britt also flagged that Aussie Broadband would look to introduce a NetComm 4G backup modem in 2019.

Contrary to the narrative on social media, Britt said the NBN are "actually not bad" to work with, and "genuinely" try to help.

"The most frustrating part for us is customers who have unrealistic expectations, and they don't take what we tell them as being the best we can possibly do," he said.

Ever since the NBN relaunched its hybrid fibre-coaxial (HFC) network, Britt said Aussie Broadband had seen improved performance, and the network has become much more stable.

As a middle ground between price and speed, Britt said fibre-to-the-curb is the better solution than returning back to full fibre-to-the-premises, and should be added as an option to NBN's Technology Choices program that allows users to pay for a better connection technology.

"I think the ship has sailed on that one, I think the best we can hope for is more FttC in the network," he said.

Under proposals from ACCAN, telcos and NBN would need to automatically compensate users for missing repair deadlines and appointments.

NBN gives itself until September to get fixed wireless congestion sorted

By late September 2019, NBN wants less than 1 percent of its fixed wireless towers under its 6Mbps in busy hours threshold.