X
Business
Part of a ZDNET Special Feature: The Industry Cloud: Why It's Next
Home Business Cloud

Hyperscale cloud providers AWS, Microsoft and Google are working with biotech and pharma firms to use AI and cloud computing to improve the odds of creating a successful new drug.
Written by Veronica Combs, Senior Writer on Aug. 11, 2019 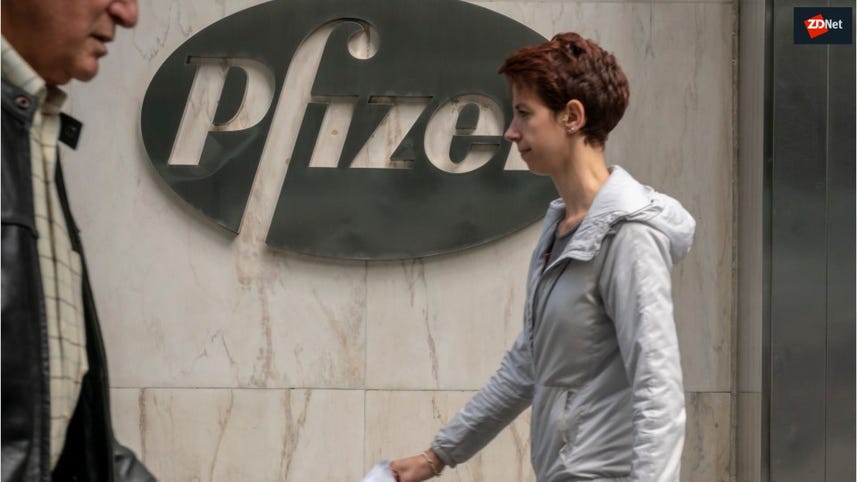 Hospitals and health systems are using cloud services to power a digital transformation, but pharmaceutical companies are using the cloud to revamp their business operations in even more fundamental ways.

Computational drug discovery uses a combination of cloud computing and artificial intelligence to make the drug development process faster and cheaper. The big drug companies are taking advantage of improvements in AI and the computational power of the cloud to test this new approach. Pharma companies are using this tech-driven process to develop traditional medications as well as completely new categories that work at the level of DNA and RNA to stop disease. Hyperscale cloud providers are vital new partners in this form of drug development.

SEE: The industry cloud: Why it's next (ZDNet/TechRepublic special feature) | Download the free PDF version (TechRepublic)

To understand why this is so revolutionary for the pharma industry, you have to understand how the process works now in the US. It is slow, risky, and expensive.

When a pharmaceutical company wants to develop a new drug, the research team picks a condition and a likely molecule and starts exploring possibilities. Once a company has a promising compound, the clinical trial process starts. There are four phases, and new medications have to complete each phase successfully to win FDA approval. The process is long and expensive. Depending on the type of drug being tested, phase 2 trials can cost anywhere from $7 million to $19 million, and the budget for phase 3 trials are even higher: $11.5 million to $52.9 million. Only about 13% of drugs that start the process make it to the drugstore.

Researchers use computational modeling early in the drug development process to increase their chances of success; they are using modeling to identify which drugs will be safest for patients and have the fewest side effects. By making smarter choices at the start of the development process, this increases the chances that a new drug will be effective as well as an improvement over existing products.

This is where the cloud comes in. Drug companies need the computing power that hyperscale cloud companies can provide and the ability to scale operations up and down quickly. Amazon Web Services (AWS), Alphabet (Google), and Microsoft are working with established drug companies as well as startups to power this new approach to drug development.

AWS is a central element in the drug research, development, and production processes at Moderna. The company is creating a new class of treatments by using messenger RNA or mRNA, which uses the instructions in DNA to build the proteins in all human cells. Medicines built with mRNA can tell the body to build certain proteins to treat or prevent a particular illness. Moderna has received funding from the military to develop treatments for infectious diseases and from Merck and AstraZeneca to develop personalized cancer vaccines.

"Messenger RNA drugs tell the patients' bodies how to produce the drugs themselves, sort of like biologic software," said Dave Johnson, director of informatics at Moderna Therapeutics.

With AWS, Moderna can shorten the time needed to advance drug candidates to clinical studies and produce treatments that would have been impossible even a few years ago.

How Microsoft is powering drug development

Partnerships have always been part of the drug development process, but now there is a new entity in the mix: Hyperscale cloud providers. In 2017, Microsoft announced a technology development alliance with Parexel, a global biopharmaceutical services organization. The companies combined Microsoft's global cloud infrastructure with Parexel's clinical and regulatory technology domain expertise.

"It is estimated that the traditional discovery process to arrive at a clinical candidate molecule takes greater than 5 years," said Don Van Dyke, COO of Cloud Pharmaceuticals. "Cloud has consistently been able to reduce that to a matter of a few months."

The health team at DeepMind is using AI to understand protein folding. Almost every function in the body is guided by the shape and movement of proteins. When proteins become tangled or deformed, this can lead to various diseases, including diabetes, Parkinson's and Alzheimer's. If researchers had a tool to accurately model protein structures, this practical application of AI could speed up the development of new drugs.

In late 2018, DeepMind entered one of its products -- AlphaFold -- into a protein-folding competition that attracts researchers from around the world. Research teams must predict the structures of proteins from lists of specific amino acids, which are sent to teams every few days over several months. AlphaFold beat 97 other entrants. The algorithm predicted the most accurate structure for 25 out of 43 proteins, compared with three out of 43 for the second-place team in the same category.

British researcher Liam McGuffin led the highest-scoring UK academic group in the competition. In an article for The Guardian, he said about DeepMind: "The ability to predict the shape that any protein will fold into is a big deal. It has major implications for solving many 21st-century problems, impacting on health, ecology, the environment and basically fixing anything that involves living systems."

Predicting protein-folding is particularly complex given that the human body can produce anywhere from 10,000 to a billion different proteins. Proteins are made of chains of amino acids, of which there are 20 types. A protein with hundreds of amino acids can form a staggering number of different structures -- around a googol cubed.

It's easy to see where cloud computing comes in to help researchers and pharmaceutical companies analyze and understand this volume of data to develop new treatments.