Has screen burn-in just been added to the list of problems with the Pixel 2 XL's OLED display?
Written by Liam Tung, Contributing Writer on Oct. 23, 2017 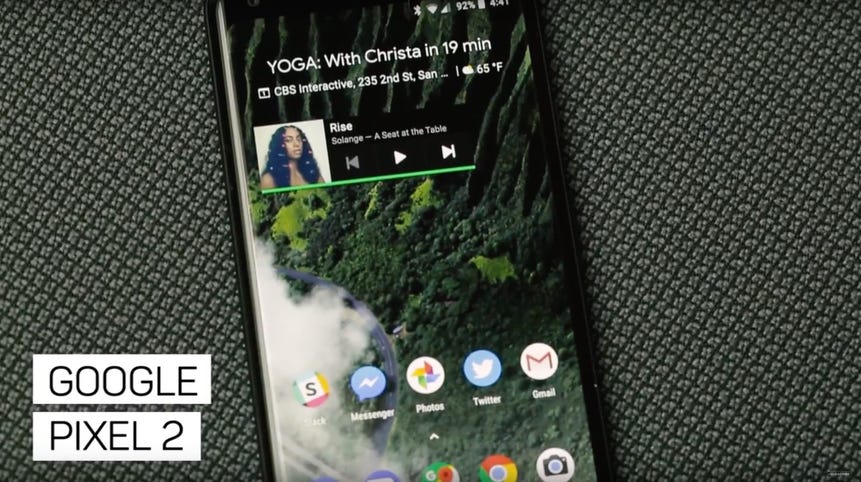 Some review models of the Pixel 2 XL are suffering from screen burn-in, a phenomenon often associated with OLED displays, where frequently displayed elements of the interface, such as navigation icons and the clock, remain faintly visible when they should not.

Android Central's executive editor Alex Dobie posted an image on Twitter of the Pixel 2 XL's screen on Twitter, which shows the white navigation icons are still visible when the display should be a solid gray.

While burn-in has been known to occur on OLED displays after several months, Dobie found it occurring after just one week of mild usage.

Apple was also concerned enough about burn-in on the iPhone X, its first OLED display device, to include mitigations for the effect in iOS 11.

It's not clear how widespread the burn-in or image-retention issues are, but complaints about the Pixel 2 XL's screen are mounting. Ars Technica's review found the Pixel 2 XL display grainy, particularly when viewing it in a dark room on the lowest brightness.

Google has already responded to negative reviews about the display, explaining that it intended for the Pixel 2 XL to render colors more naturally compared with most smartphones, which was why it added an option to add more vivid colors.

The company told Android Central it is "actively investigating" the burn-in reports, and added that it does test its products thoroughly before launch.

"The Pixel 2 XL screen has been designed with an advanced POLED technology, including QHD+ resolution, wide color gamut, and high contrast ratio for natural and beautiful colors and renderings. We put all of our products through extensive quality testing before launch and in the manufacturing of every unit. We are actively investigating this report," Google said.

The good news for people who've pre-ordered the Pixel 2 XL is that the burn-in issue probably doesn't affect most units and is covered by the device's warranty.

Read more on the Pixel