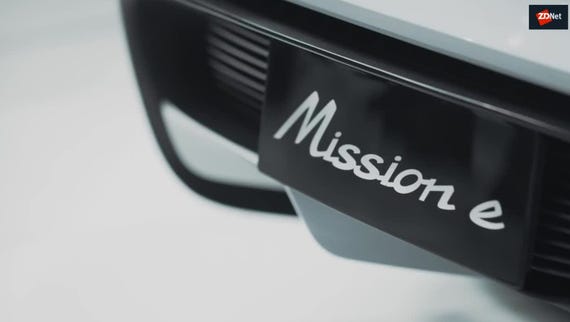 Porsche’s latest diesel range might be its last
Watch Now

The latest diesel range in the Porsche lineup may be its last, with the automaker's CEO seriously debating whether fossil fuel has a future in the automotive industry.

Porsche chief executive officer Oliver Blume is considering a switch away from diesel in favor of electric cars, a decision which will be made by the end of the decade -- and could possibly push the luxury car maker's business in a completely new direction.

As reported by Reuters, Blume acknowledged that the Volkswagen emissions scandal cast a shadow on the Porsche division and brand as a whole in an interview at the Nürburgring motorsports complex in western Germany, saying the company is "looking into this issue" but Porsche is yet to "make a decision on it."

The emissions scandal, which has cost Volkswagen upwards of $14.7 billion to settle, also resulted in an investigation as to whether the Porsche Cayenne SUV was fitted with a so-called "defeat device" that cheated emissions standards.

The investigation into Porsche began in June and is ongoing.

The German automaker already has plans to offer combustion engines, plug-in hybrids, and battery-only models over the next 10 to 15 years, but one scenario is a move away from fossil fuels altogether, of which diesel models currently account for roughly 15 percent of overall Porsche sales.

Blume said that Porsche and Audi together account for 60 percent of Volkswagen's profits, and both units are targeting "significant savings" in the development of electric vehicles (EVs) by sharing a new production platform called PPE.

In addition, Porsche is spending $1.2 billion on the overhaul of its main Stuttgart plant to build its first battery-only vehicle, the Mission E saloon, with the hope of bringing the car to market in 2019.

It is hoped that together with a prediction that battery-only vehicles will account for roughly 25 percent of Porsche's sales by 2025, the shift could keep Volkswagen in profit and remove the stain of the emissions scandal on the brand's reputation.

Porsche may be looking towards the future, but for Volkswagen itself, the present is a constant battle in damage control.

In the aftermath of the emissions scandal, the automaker was required to bring customer vehicles back in batches for a fix which removed so-called "defeat devices" that evaded emissions standards, discovered in models including the Jetta, Beetle, Golf, and Passat.

However, over forty thousand drivers which have had their vehicles altered have now launched a class-action lawsuit against the company, claiming the "fix" has resulted in poor performance and worse fuel consumption.