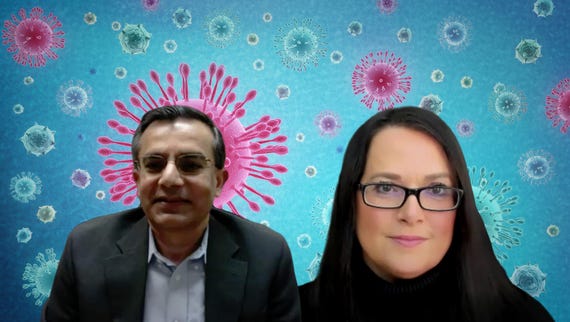 This Sunday 4th October, make sure that you keep an eye out for runners wearing a New Balance-sponsored number on the front and back of their top: the odds are they won't be on a casual week-end 10-kilometre jog.

Rather, they might be one of the 45,000 participants running the 40th edition of the London marathon. Unsurprisingly, in the context of a global health crisis, the 2020 version of the sporting event is following slightly different proceedings.

Instead of going through the usual marathon route that crosses the UK capital, participants will be logging into an app and running the 42-kilometres race their own way, from their boroughs, towns and even countries.

For the organizing team behind the London marathon, coming up with the best way to set up the event this year has been a rocky journey, to say the least. The race, which was initially scheduled for April, was postponed in the early stages of the pandemic. But as Hugh Brasher, event director for the Virgin Money London marathon, explains, the challenges since then have kept accumulating.

"In mid-March, we agreed on a new event date on the 4th October," Brasher tells ZDNet. "I think we believed then that the world would be in a different place to the one we're in now."

"Through the months, we've had to keep adapting our plans as we got new information everyday. With the continuing effects of Covid-19, we had to keep lots of different plans and agilely work through them, often throwing them in the bin before picking them up again."

In other words, Brasher's team of 80 has been doing a lot of brainstorming over the past few months. It was eventually agreed that allowing 45,000 runners to race together through the capital wouldn't be safe. Instead, only 100 elite athletes will physically gather in London on Sunday to compete in a so-called "bio-secure bubble", screened off from public view.

To ensure the safety of the athletes, and of the 500 members of the London marathon staff who are on-site building up and organizing the event's set-up, Brasher turned to robotic company Tharsus, which produces a wearable device that facilitates social distancing and tracks close contacts.

Worn around the neck like a lanyard, Bump devices use radio frequency technology to alert wearers with a visible flash and an audio warning when they get too close to another wearer. All of the athletes, who are currently staying at a hotel in a secret location, have been wearing the device since they arrived, on top of having been tested regularly for Covid-19 before and after their departure. They will only be allowed to take off the trackers when they are actually competing.

The marathon staff too are using Bump devices while on-site. "It really does change people's behaviors," says Brasher. "We think two meters is much closer than it really is. My staff have been saying that Bump really helps pinpoint where you need to take action and change your behavior."

Bump's technology also records the distance, location and length of interaction between two wearers. This means that if any individual within the "bio-secure bubble" came to test positive for Covid-19 in the next two weeks, the event's organizers will be able to trace interactions back to specific wearers and inform them accordingly.

Brasher remembers turning to Tharsus in early April as a result of a conversation he coincidentally had with the robotics company's team right before the start of the pandemic. At first, he explains, it was thought that Bump could be deployed to secure the race for all the participating runners; an idea that quickly had to be withdrawn.

"We initially considered Bump for the event in its normal format," says Brasher, "and they were very positive about it. It would have been pretty revolutionary."

But the size of the race, if it had gathered all of 45,000 participants in London, would have attracted too many spectators than the event's organizers could safely control – and thus, the London marathon 2020 app was born.

Not without a few growing pains: "I remember one Monday, when I got started scenario planning," says Brasher. "By that Thursday, I'd written all the different scenarios, and then some news came in – so I had to rip up all the scenarios on that Friday morning, start again, and write the new scenarios."

"Then some more news came in on the Friday evening. Saturday morning, I ripped all the scenarios up again, re-started. And amazingly that third effort is what we actually ended up discussing on the Monday morning. It's incredibly challenging, but I think we've really proved that we can think agilely."

The London marathon, therefore, will be going ahead this year despite a global pandemic and a number of frustrating late nights of planning. The 100 elite athletes currently in the UK capital will be running around St James's Park, which has been fitted with screens for spectators to follow the race at home, and extra security to make sure no member of the public disrupts the carefully-designed marathon "bio-secure bubble".

Within the app, the remaining participants will also be able to listen to live audio commentary about the race from British athletes Paula Radcliffe and Steve Cram.

And despite the challenges of the past months, it is not technical difficulties, or even health issues that worry Brasher ahead of the race. "But I could do with better weather conditions," he says. "This is Great Britain, so anything could happen in the next 48 hours."

Join Discussion for: Proximity-tracking and a new app: How to...