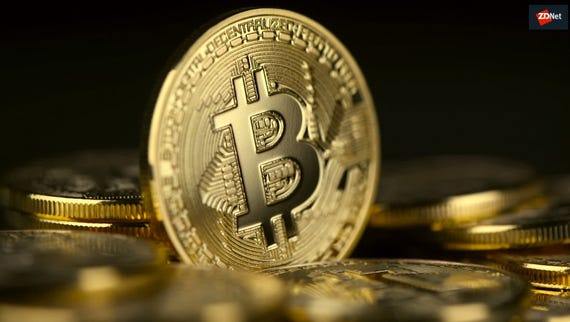 Victoria Police is warning people against falling for a scam that saw four people lose a total of AU$50,000 after depositing funds into a bitcoin automated telling machine.

The Maribyrnong Crime Investigation Unit said the four victims from the eastern suburbs were told that they owed a tax debt and that if they did not pay up, they would be arrested.

According to the police, the victims were directed to withdraw money from their bank account and then travel to Braybrook where one of a very limited number of bitcoin ATMs is located.

A code was provided to the individuals, who were instructed to deposit the cash into a certain bitcoin account.

"We believe that there are a number of victims out there who have not reported the matter for one reason or another, they may be here on visas, or they are not aware that authorities would never tell them to deposit money into an ATM," acting detective sergeant Lehpamer said.

"It does appear that the scammers are targeting a certain group of people who they can convince that their immigration status is in jeopardy."

It is believed that there are a few variations of the scam, including where the scammers tell the victim they have spoken to their accountant or to federal police who have confirmed the victim's debt.

The Australian Taxation Office (ATO) issued its own warning earlier this year, asking the public to err on the side of caution when it comes to the elusive cryptocurrency space, after it revealed that over AU$50,000 was paid via bitcoin to scammers last year claiming fake ATO tax debts.

"Cryptocurrency operates in a virtual world, and, once the scammers receive payment, it's virtually impossible to get it back," assistant commissioner Kath Anderson said in a statement at the time.

"Scammers are constantly adapting their methods to maximise their chances of picking your pocket. Unfortunately, it was inevitable that scammers would target cryptocurrency given its current popularity and anonymity."

As the ATO does not have transparency over what cryptocurrency is owned by taxpayers -- Austrac only recently got the legislative approval to monitor digital currency for anti-money laundering purposes -- it's unclear why those in possession of bitcoin thought the taxation office would require them to pay via non-Australian dollars for an individual debt.

A report from the Australian Competition and Consumer Commission (ACCC) in May found that many Australians fell victim to cryptocurrency scams last year, with approximately AU$2.1 million in losses accrued by those chasing the digital currency dream or paying a virtual ransom.

Between January and September 2017, about AU$100,000 was reported lost per month to scams that had a cryptocurrency angle. However, in the month of December 2017, reported losses to Scamwatch -- the ACCC-run scam notice website -- exceeded AU$700,000.

The average reported loss had also jumped from AU$1,885 in January to AU$13,205 in December, the ACCC reported.

Why more companies will be betting on Bitcoin in 2018 (TechRepublic)

Many organizations are still reluctant to trust blockchain technology, however others have found good use cases for it apart from Bitcoin.

Join Discussion for: PSA: Tax authorities are not going to ask...