Sydney Airport is trialling the first phase of biometric technology rollout alongside Qantas, allowing international travellers to check-in, drop off luggage, access the lounge, and board the plane.
Written by Asha Barbaschow, Journalist on July 4, 2018 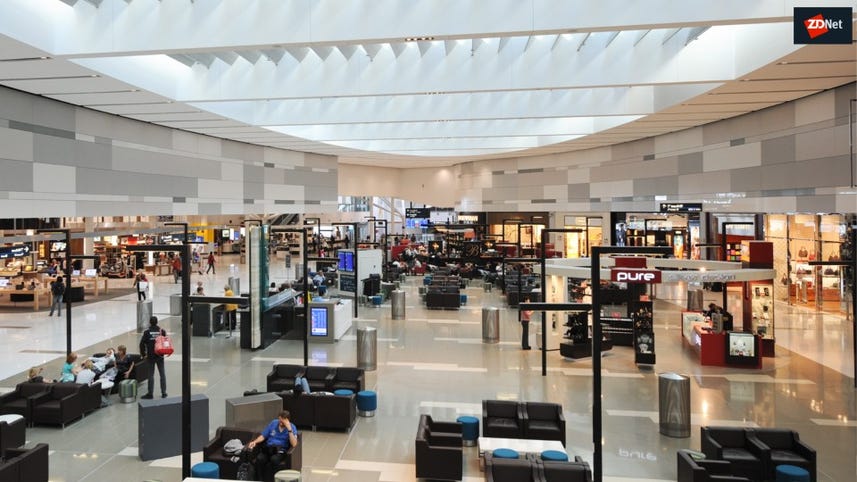 Some passengers travelling internationally via Qantas will be trialling biometric technology at Sydney Airport, with the first stage using facial recognition for them to complete automated flight check-in and bag drop, gain access to the lounge, and board the plane itself.

As the launch partner for the trial, Qantas worked with the airport "from the outset", with Qantas chief customer officer Vanessa Hudson noting the airline is focused on increasing the use of technology to drive innovation for customers.

"There is an increasing need for airlines and airports to offer faster and more convenient airport experiences and we're excited to see what results the trial produces," she added.

Sydney Airport said consent is actively sought from all passengers and the "strictest level of privacy" is adhered to on behalf of those participating in the trial.

"We're very excited that select Qantas passengers now have the chance to experience this highly sophisticated technology as part of this landmark trial," Sydney Airport CEO Geoff Culbert said in a statement.

The Australian government's border processing procedures will remain unchanged, the airport added, and travellers will still be required to undergo the current border processes.

Australian Minister for Home Affairs Peter Dutton said in February the use of facial recognition at airports was close to becoming reality, following trials of the tech at Canberra Airport that allowed passengers to walk through the terminal from their flight without producing their passport.

The super department led by Dutton will be responsible for the operation of a central hub of a facial recognition system that will link up identity matching systems between government agencies in Australia.

The Face Verification Service (FVS) is a one-to-one image-based verification service that will match a person's photo against an image on one of their government records, while the Face Identification Service (FIS) is a one-to-many, image-based identification service that can match a photo of an unknown person against multiple government records to help establish their identity.

Access to the FIS will be limited to police and security agencies, or specialist fraud prevention areas within agencies that issue passports, and immigration and citizenship documents.

The FVS is now operational, providing access to passport, immigration, and citizenship images. The FIS will come online soon, with the Department of Home Affairs telling a Parliamentary Joint Committee on Intelligence and Security in May it had purchased a facial recognition algorithm from a vendor to be used for the FIS, despite claiming immunity on disclosing the contracted vendor.

Last July, the government signed a AU$22.5 million contract with Portugal-based Vision-Box to roll out an initial 105 new smartgates that will enable passengers to be processed using facial recognition.

Would you like fries with your visa? CPSU says privatised visa system will upsell

Australia's Human Rights Commissioner has said the identity-matching Bills need clearer safeguards to remain consistent with international human rights obligations, while the Law Council of Australia has questioned whether the biometric data would be exempt from mandatory data breach reporting rules.