Quantum computing skills are hard to find. Here's how companies are tackling the shortage

There's a lot of promise in quantum computing, but companies first need to figure out how they can attract more people into the industry.
Written by Owen Hughes, Senior Editor on Nov. 12, 2021 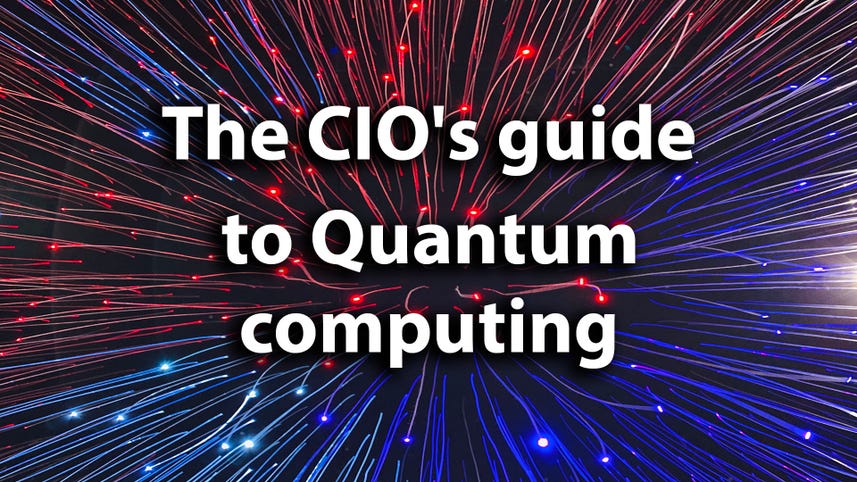 Quantum computing has the potential to fundamentally transform the technology industry by applying the weird effects of the quantum realm to complex business problems. But right now, quantum computing faces a more mundane problem itself: finding enough recruits.

Demand for digital skills in the workplace has been on a steady upward trend for years, but the sudden increased reliance on technology since the start of 2020 has made competition in tech recruitment even more fierce.

The challenge is even greater for organizations dealing in highly specialized technologies. Quantum computing, for example, combines a variety of specialist fields – such as quantum theory, advanced mathematics, and computer science – that aren't seen on your typical CV, shrinking the talent pool considerably for companies looking to hire in this nascent, but increasingly competitive, industry.

"It is incredibly small," says Samantha Edmondson, head of talent at British quantum computing startup, Universal Quantum, which is on a mission to build the world's first million-qubit quantum computer.

"Say if we were looking to hire an experienced quantum physicist that had the kind of expertise we needed, then yes, you're looking at a small handful of academic groups across the world that you can really pick from."

Quantum computers operate on inherently different principles to classical computers, requiring a new approach to problem-solving and a workforce consisting of academic, technical, and businesses expertise.

"I think the challenge for us is, if we go to hire a classical engineer, they don't have the physics background; if we hire a physicist, they're not used to working with classical hardware engineering – analogue design is new to them."

Another fundamental challenge for businesses is getting people interested in technical fields to begin with.

Not only are fewer young people taking IT and STEM-related subjects at school, but research also suggests that younger generations aren't all too confident about their chances of landing a career in tech either.

Robert Liscouski, CEO of Quantum Computing Inc (QCI), says this is reflective of endemic problems in how young people are educated, which doesn't necessarily include skills that are transferrable into the modern, professional workforce. "I think we're not doing a very good job at all of preparing young people for these technology jobs," he tells ZDNet.

"I think we still have this 19th Century education going on that's really focused on educating children so they can work in factories."

Better education, meanwhile, remains out of reach for most. "Where I live in Northern Virginia, we have a couple of academies that are geared for really advanced education in the secondary school and high school…The admission requirements in those programmes are so competitive that kids need to be at the absolute top of their game," says Liscouski.

"That's great – you want that advanced thinking. But we need to figure out how we kind of bring that into the entire high school system and inculcate these kids into thinking about technology differently."

One solution for the shortage of specialist tech talent is for employers to bring on employees that are not necessarily already experts in the field, and then train them up on the job.

For a field like quantum computing, this still means being selective in the candidates you can hire – higher-level education and expertise in mathematics, physics, engineering, and coding are always going to rank highly, for instance. Even so, internships and training programs can help to lower the barriers to entry.

Universal Quantum runs a three-month internship scheme that's open to graduates who hold a master's in physics or mathematics. Typically, interns take on a specific project that they are given total responsibility for, with Universal Quantum providing support through one-on-one mentoring and drop-in sessions with quantum physicists.

The internship culminates in them presenting their work to a large section of the company. "Typically, we'll speak to them at the beginning and get a sense of what their interests are, and then we'll match that to a company need we have," says Edmondson.

"They'll often say, 'I don't know anything about quantum' or 'I've never worked in quantum,' and we have to reassure them and say 'that's completely fine, we're happy to teach you that when you come here.' That's quite exciting to them."

Liscouski too believes that deep quantum expertise isn't necessarily a requirement for enterprises to begin taking advantage of quantum computing, although he acknowledges that not all companies have the resources to offer comprehensive training programmes. "It's very hard for small companies and it's very hard for medium-sized companies because you don't have that luxury of taking 10% of your workforce out and putting them in training for a period of time," he says.

One alternative is to target students at university, college, or even school: something that QCI previously offered with its quantum computing clubs, where participants learn to use the company's software, Qatalyst.

"We're moving into actually the academic instructional program, where professors are using our software as part of their curriculum, and we've got a whole curriculum development programme for that," says Liscouski.

"We're trying to push this down to the lowest common denominator in terms of who can access it. We're even trying to get into high schools to help that workforce development."

Qatalyst is a quantum application accelerator that enables end users to transform real-world problems into quantum-ready requests, and then it processes those requests on a combination of classical computers and cloud-based quantum processors, including Ion-Q, D-Wave, and Rigetti.

SEE: Quantum computing: Getting it ready for business

It enables businesses to make use of quantum applications without needing to have their own quantum computers or specialists.

"It's intended to try to put that technology in the hands of folks who are trying to solve business problems without having to be quantum programmers," says Liscouski.

"Our focus on our platform and the development that we've done to connect to any number of quantum platforms, is to disintermediate, or de-emphasise, the need for this high-end talent that's going to make a program run on a quantum computer."

In many ways, QCI proposes a technical solution to a shortage of specialist skills -- although Liscouski acknowledges that technology on its own is not the be-all to end-all. "We still have this shortcoming of all of this talent that's going to make this stuff work at scale," he adds.

Given the scant interest in technology careers shown by Generation Z, outreach is going to play a significant role in putting burgeoning, next-generation technologies like quantum computing on their radars – undoubtedly the first step to addressing any skills gaps.

Edmondson says tech organizations need to become involved in attracting young people at a grassroots level within schools, as well as getting more creative in how they portray opportunities in the tech sector. "It's definitely a responsibility of businesses to try to nurture the talent pool coming forward and undertake outreach that will assist with that – and that's just getting young people excited about things," she says.

SEE: Tech jobs have an image problem, and it's making the skills shortage worse

"We set up a lab in Spitalfields Market in London in a huge shipping container and were giving live demonstrations and experiments. People would come in and we'd talk to them about what we were doing and get them excited. That's relatively small-scale right now, but if somebody goes away and because of that becomes excited to learn something or do a new subject, that's a win."

Liscouski says that exposure to new technologies from an early age will also play an important role in equipping the next-generation workforce with key digital skills and have them working on real-world problems. "I think there has to be either post-high school training capability, or post-college training capability, or colleges have to extend and think more broadly about what they're preparing students to do," he adds.

"Because, at the end of the day, quantum computing – like any computer that we know of – unless there is end-user adoption, unless there is a focus on what problems can be solved, it becomes a science experiment and is just going to stay in the research world."