Atoms brought down to freezing temperatures and exposed to a magnetic field showed interesting patterns of behavior, according to MIT scientists.
Written by Daphne Leprince-Ringuet on Dec. 16, 2020 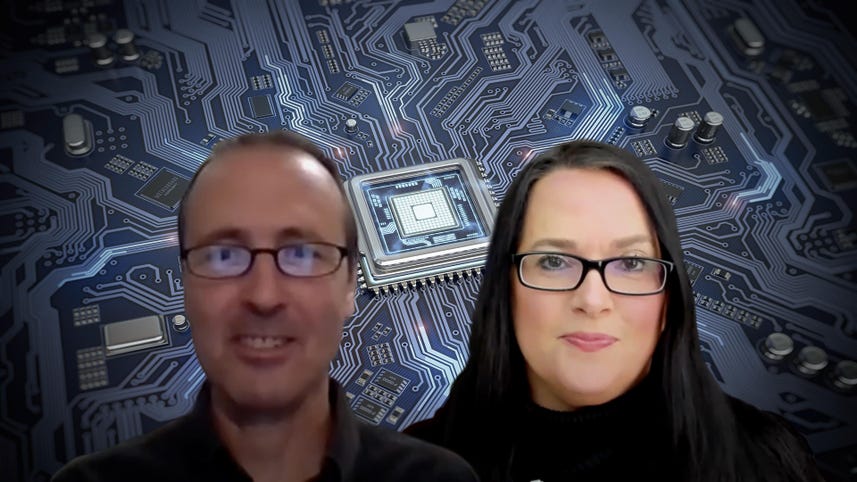 Spinning atoms in a magnetic field notoriously behave in ways that scientists are yet to understand entirely. New research from MIT has now shed some light on the obscure laws that govern the smallest of particles, which could pave the way for further developments in the design of quantum devices that rely on atomic spin.

The team exposed spinning lithium atoms to magnetic forces of different strengths to observe how the quantum particles reacted both individually and as a group. They were faced in each scenario with a surprising choreography of atoms, revealing unexpected diversity of behavior in a well-known and studied magnetic material.

Spin, like mass or charge, is an intrinsic property of atoms: the particles rotate around an axis in either a clockwise manner (often described as "down") or anticlockwise ("up"). Based on their spin, atoms can react to magnetic fields in different ways, for example by aligning themselves with other atoms in a specific pattern.

The spin of many atoms together in a magnetic material that is exposed to a magnetic field can reach an equilibrium state, where all the atom spins are aligned; or the atoms can adopt dynamic behavior, where the spins across many atoms create a wave-like pattern.

MIT's research team focused on the way that atoms evolve from dynamic behavior back into an equilibrium state – and found that the magnetic force that the atoms are exposed to plays a key part in determining the particles' behavior. Some magnets triggered a so-called "ballistic" behavior, where the atomic spins shot quickly back into an equilibrium state, while others revealed "diffusive behavior", with the particles spinning back to equilibrium in a much slower fashion.

"Studying one of the simplest magnetic materials, we have advanced the understanding of magnetism," said Wolfgang Ketterle, professor of physics at MIT and the leader of the research team. "When you find new phenomena in one of the simplest models in physics for magnetism, then you have a chance to fully describe and understand it. This is what gets me out of bed in the morning, and gets me excited."

To study the phenomenon, Ketterle's team brought the lithium atoms down to temperatures more than ten times colder than interstellar space, which freezes the particles to a near standstill and enables easier observation. Using lasers as a type of tweezer, the scientists then grabbed the atoms and arranged them into strings of beads. With 1,000 strings, each comprising 40 atoms, the team created an ultra-cold 40,000-strong atom lattice.

Pulsed magnetic forces of different strengths were then applied to the lattice, causing each atom along the string to tilt its spin in a wavelike manner. The researchers were able to image those wave patterns on a detector, and watched how the atoms gradually evolved from dynamic behavior to equilibrium, depending on the nature of the magnetic field that they were exposed to.

The process, explained Ketterle, is similar to plucking a guitar's strings: playing the strings brings them out of their equilibrium condition, and allows the scientists to watch what happens before they return to their original state.

"What we're doing here is, we're kind of plucking the string of spins. We're putting in this helix pattern, and then observing how this pattern behaves as a function of time," Ketterle said. "This allows us to see the effect of different magnetic forces between the spins."

Although some of this behavior had been theoretically predicted in the past, detailed observation of patterns of atomic spins had never been observed in detail until now. These patterns, however, were found to fit an existing mathematical model called the Heisenberg model, which is commonly used to predict magnetic behavior.

Together with a team of scientists at Harvard, MIT's researchers were able to calculate the spin's dynamics. The results, therefore, aren't only useful to advance the knowledge of magnetism at a fundamental level; but they could also be used as a blueprint for a device that could predict the properties and behaviors of new materials at the quantum level.

"With all of the current excitement about the promise of quantum information science to solve practical problems in the future, it is great to see work like this actually coming to fruition today," said John Gillaspy, program officer in the Division of Physics at the National Science Foundation, and a funder of the research.