The Queen's speech, which signals the start of the new parliamentary year in the UK, has re-opened the door to the introduction of controversial new measures for tracking people's internet and mobile communications.

The speech hinted that the controversial Communications Data Bill may yet reappear before parliament. The bill, known as the Snoopers' Charter, includes measures that could require ISPs and other communication service providers (CSPs), such as mobile operators, to keep massive amounts of users' personal data and internet activity logs for at least one year.

"In relation to the problem of matching internet protocol addresses, my government will bring forward proposals to enable the protection of the public and the investigation of crime in cyberspace," she said on Wednesday. 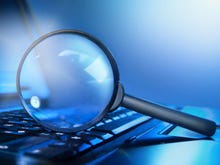 Communications Data Bill: Need to know ZDNet takes a look at the 'Snoopers' Charter' and what businesses need to know about the legislation that proposes to give the authorities access to data about the UK's online communications

The actual issue the Queen is referring to is one of matching internet protocol (IP) addresses to a specific individual using that IP address or, in the case of ISPs that use the same IP address for more than one customer, identifying the correct user.

In a briefing note published by Downing Street alongside the speech, the Home Office said: "The government is committed to ensuring that law enforcement and intelligence agencies have the powers they need to protect the public and ensure national security. These agencies use communications data — the who, when, where and how of a communication — but not its content to investigate and prosecute serious crimes... The government is looking at ways of addressing this issue with CSPs. It may involve legislation."

The Home Office said any such legislation would not be about indiscriminately accessing internet data of innocent members of the public, although suggested measures included the ability to gather internet usage data as well as specific users, content, time and location of email, VoIP (such as Skype) or instant messaging conversations.

The document doesn't name the proposed legislation, but does refer to "draft proposals published last year" — potentially a reference to the Draft Communications Data Bill (CDB). The bill was dropped after opposition from Deputy Prime Minister Nick Clegg, who said the proposals were too extreme.

At the end of April, Clegg said a CDB that involved keeping a log of every website that a user visited and every communication on social media sites was not going to happen while the Liberal Democrats were in government.