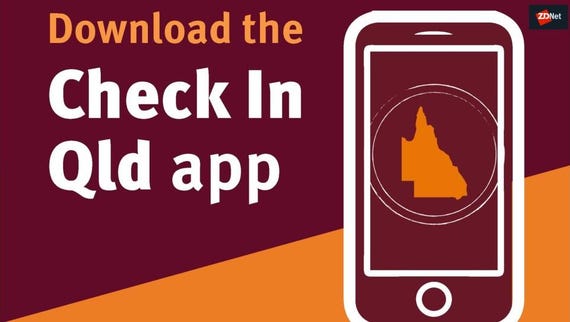 Hospitality businesses in Queensland over the weekend went live with the state's new COVID-19 check-in app, Check In Qld.

"It simplifies compliance with Public Health Directions for all hospitality venues, with patrons and customers able to self-check-in and have their information stored securely," Premier Annastacia Palaszczuk said.

"Once people have used the Check In Qld app at one business, it remembers your details, saving you time in the future and providing easy on-going, check-in across all participating venues.

"The more businesses sign up, the better it will be for all of us."

Check in details will be stored by the Queensland government for 30 to 56 days and will only be used if required for contact tracing purposes, Minister for Health and Ambulance Services Yvette D'Ath said.

Use of Check In Qld app is not mandatory, but the government directive is that all pubs, clubs, restaurants, and cafes must continue to collect and store contact details electronically. Other electronic methods include online forms, membership card scanners, online booking systems, and a digital spreadsheet.

Palaszczuk said having a consistent check-in app has been a top priority, despite how long it took for its rollout to begin. Testing and trials of the new app began in January at selected venues from Cairns to Ipswich.

A statement from the Premier on Sunday morning said more than 204 businesses in the trial have registered and are using the new app, with over 29,000 customers having checked in.

The app is available from Google Play or Apple App Stores.

Although the federal government has been encouraging all Australians to use its flawed COVIDSafe app since launch last April, states have taken the lead with their own respective check-in apps.

In New South Wales, the QR code-based check-in system that links with a user's Service NSW app has been mandatory at hospitality venues since December; while in Western Australia, the government's SafeWA QR code for COVID-19 contact tracing registrations has also been in use since early December, with mandatory use coming into force early February.

The South Australian government introduced its COVID SAfe Check-In, added as a feature to the mySA GOV app. From last month, QR codes were made available in all South Australian schools and preschools for check-in.

Similarly, Northern Territory Health has The Territory Check In; Check In Tas has been in use in Tasmania since December; and the Australian Capital Territory's Check In CBR App will be mandatory from March 6 for anyone older than 16 to check into venues.

The Victorian Government QR Code Service has been made available to all businesses, however, a statement from Premier Daniel Andrews over the weekend revealed many businesses are using private electronic record keeping systems that don't connect seamlessly to the government's system.

As a result, the state has developed the Victorian Government Visitation API, which is being touted as a piece of software that enables private QR codes to communicate directly with contact tracers.

"From 27 March, all businesses using electronic record keeping -- such as a QR code system -- must use a system that seamlessly integrates with the Victorian government contact tracing system to help contact tracers respond to outbreaks even faster," Andrews said. "The requirement will be mandated under new Chief Health Officer directions and will reduce the time it takes for the public health team to get the vital information from hours, down to minutes."

In its second interim report, Australia's COVID-19 committee argues misuse of public interest immunity claims from agencies, including by the Attorney-General's Department which it has accused of failing to confirm whether a US law enforcement agency was barred from accessing data collected by COVIDSafe.

It will provide a record of vaccination that can be available on a smartphone or as a print out from Services Australia.