Hackers breach MSPs and use Webroot SecureAnywhere console to infect customer PCs with the Sodinokibi ransomware.
Written by Catalin Cimpanu, Contributor on June 20, 2019 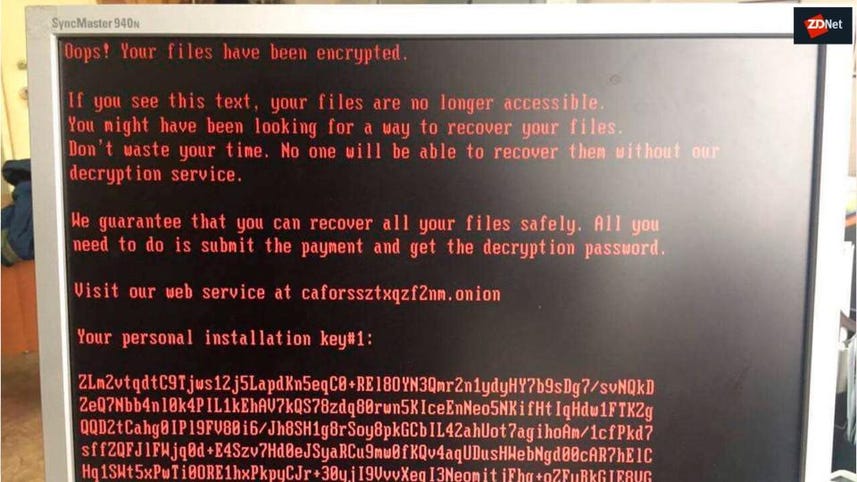 A ransomware gang has breached the infrastructure of at least three managed service providers (MSPs) and has used the remote management tools at their dispossal, namely the Webroot SecureAnywhere console, to deploy ransomware on the MSPs' customers systems.

The ransomware infections were first reported today in a Reddit section dedicated to MSPs -- companies that provide remote IT services and support to companies across the world.

Kyle Hanslovan, co-founder and CEO of Huntress Lab, was online and helped some of the impacted MSPs investigate the incidents.

Hackers got in via RDP

In the next stage of the attack, the hackers searched for accounts for Webroot SecureAnywhere, remote management software (console) used by MSPs to manage remotely-located workstations (in the network of their customers).

According to Hanslovan, the hackers used the console to execute a Powershell script on remote workstations; script that downloaded and installed the Sodinokibi ransomware.

The Huntress Lab CEO said at least three MSPs had been hacked this way. Some Reddit users also reported that in some cases, hackers might have also used the Kaseya VSA remote management console, but this was never formally confirmed.

Later in the day, Webroot began forcibly enabling two-factor authentication (2FA) for SecureAnywhere accounts, according to an email Hanslovan received, hoping to prevent hackers from using any other potentially hijacked accounts to deploy new ransomware throughout the day.

SecureAnywhere supports 2FA, which is enabled by default for all users, but some users had apparently turned it off. In the email, the company said it would re-enable 2FA, without the option for users to disable it.

"To ensure the best protection for the entire Webroot customer community, we decided it is time to make two-factor authentication mandatory. We did this by conducting a console logout and software update the morning of June 20," he added.

"We all know that two-factor authentication (2FA) is a cyber hygiene best practice, and we've encouraged customers to use the Webroot Management Console's built-in 2FA for some time. We are always closely monitoring the threat environment, and will continue to take proactive measures like this to provide the best protection possible for customers."

The Sodinokibi ransomware is a relatively new ransomware strain, discovered in late April. At the time, a threat actor was using an Oracle WebLogic zero-day to hack into company networks and deploy the ransomware.

Today's incident is also the second major wave of attacks during which hackers abused MSPs and their remote management tools to deploy ransomware on their customers' networks.

The first incident happened in mid-February when a hacker group used vulnerabilities in commonly-used MSP tools to deploy the GandCrab ransomware on customers' workstations.

Coincidentally, at the time this incident was being detailed on Reddit, local media in Romania was reporting that five hospitals had been infected with ransomware in Bucharest, the country's capital. However, there is no evidence that the two events are linked, outside the infection timeframe.

How to change the DNS settings on your Windows PC

How to change the DNS settings on your Windows PC