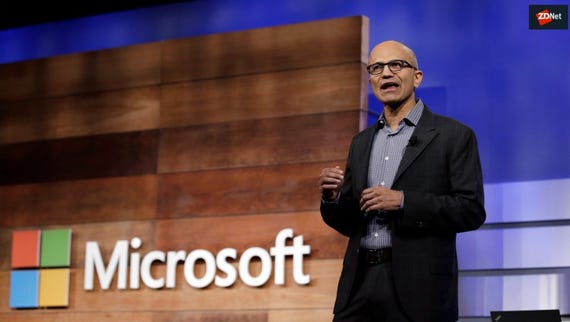 At the recently concluded Red Hat Summit, Red Hat CEO Jim Whitehurst said old-fashioned business planning is dead. It's being replaced trying multiple ideas at once, dumping those that don't work, and doing all this as quickly as possible.

Before your eyes glaze over, keep in mind Red Hat has had 64 straight quarters of revenue growth. The company, while best known for its Linux operating system, Red Hat Enterprise Linux (RHEL), has transformed itself into a cloud power with Red Hat OpenShift. And, it's well on its way to becoming the first billion-dollar-a-quarter open-source company. Red Hat knows business.

Drawing from his keynote speech and a pair of interviews, Whitehurst explained, "In a world that is less knowable, where we're solving problems in a more bottom-up approach, our ability to effectively plan into the future is much less than it has been in the past."

That's because, Whitehurst explained, in today's world, you must live with ambiguity. Yesterday's business planning was for "companies that were optimized for a world that moved at a slower place". These old tools aren't optimized for today's world.

For example, Whitehurst said he's spoken recently to COO of a large bank. "They wanted to talk about what their major strategic technology initiatives should be for the next three years. I said, 'Time out. The likelihood that you'll choose the right initiative is next to none.' We don't even know how payment systems will look in three years."

Does that sound crazy to you? Think about it. Whitehurst cited the example of car companies. "If you were GM a few years ago, you planned on how to compete against Ford and Chevy. Now Uber has changed all that. We don't even know if people will continue to buy cars." Banks? Who knows what Blockchain will do to banks.

Whitehurst cited big data as one instance where old-style planning could have hurt your company. "For example, there were hundreds of big data programs They've been winnowed down to two or three winners." But, at the start, had you bet the farm on one and it turned out not to be a winner, you'd have wasted your time and energy

The prime problem is, "When you plan, you need to make assumptions. We can't do that now. You're trying to plan for a world that probably won't exist."

So, in our "uncertain, volatile world, where you can be blindsided by orthogonal competitors coming in, you have to recognize that you can't always plan or know what the future is," said Whitehurst.

Instead, you configure your company for "change without necessarily knowing what the change will be. You must empower your staff with the knowledge and tools to make the right business decisions. This is done with "a greater level of engagement by people across the organization, to ultimately be able to react at a faster speed to changes that happen."

The best way to do this is with an Agile application development approach of trying, learning, and then modifying business decisions on the fly. To do this you must make the best use of business programs not so much "automating what people are doing and more about helping to better enable people with tools and technology," Whitehurst said.

To make this work, Whitehurst said executives must use those tools to engage with staff in real time to make the right decisions and take advantage of opportunities.

How? At Red Hat, he said, "We try ten things in 90 days, and we'll kill most of them. We go into it knowing that's what's going to happen but from that we'll learn and make decisions. We try to make small bets and iterate quickly."

That doesn't always mean Red Hat makes the right plans, Whitehurst admitted. "When we started OpenShift, we weren't using Kubernetes. In a traditional organization, we'd ride our old plan into the ground. But, when we saw Kubernetes winning, we switched to Kubernetes and OpenShift is a winner."

So, in Red Hat's business "plans", Red Hat recognizes it "doesn't know where the future is going, but we're willing to admit we're wrong and we can pivot to a new plan that will succeed."

And afterwards? "We intentionally don't go back to the plan and see if we're executing against old plans. As soon as you commit to a rigorous plan, you double down and [make] rigorous bad decisions." Instead, Red Hat is "open to change and we hold people accountable for how hard they're working, not how closely they've stuck to a plan."

Is this efficient in the way old business plans were? No. But we're not living in the 20th century. Sure, if your business is Apple, Amazon, or Walmart, you can still focus on ironing out the least inefficiencies in your supply chain. Good for you. But, for many businesses today "innovation is more important than efficiency," concluded Whitehurst.

Based on Red Hat's impressive track record, he's got a point.

Join Discussion for: ​Red Hat's only business plan is to keep...