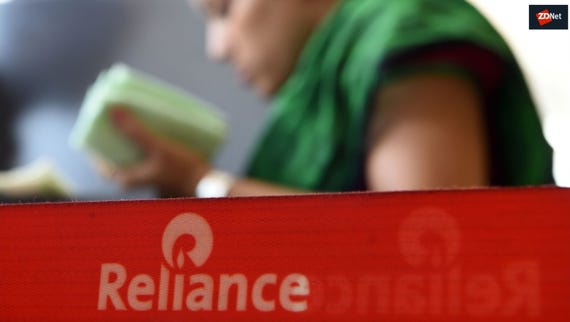 Indian giant Reliance has announced that it will be boosting its telecommunications carrier arm Jio's 5G and Internet of Things (IoT) capabilities thanks to the acquisition of US telco solutions company Radisys.

Reliance will acquire the Hillsboro, Oregon-headquartered Radisys with existing cash resources at $1.72 per share under their definitive agreement, which has yet to be approved by Radisys shareholders and the regulator.

"This acquisition further accelerates Jio's global innovation and technology leadership in the areas of 5G, IoT, and open-source architecture adoption."

Radisys has almost 600 staff members, including in its engineering team in Bangalore, India, with Radisys CEO Brian Bronson saying the company will continue working independently.

Reliance Jio had in April posted full-year revenue of 23,916 crore rupees ($3.6 billion), with the Indian telecommunications provider planning to provide 4G coverage to 99 percent of the population by the end of 2018.

At the time, Jio said it is the only pan-India network offering 4G across the 800MHz, 1800MHz, and 2300MHz spectrum bands, as well as having 100 percent network availability with an average download speed of 17.9Mbps during March -- which it said was more than double the speeds available on any other Indian mobile network.

"Jio has built a next generation all-IP data network with latest 4G LTE technology. It is the only network built as a mobile video network and providing voice-over-LTE technology," the company said in April.

"It has built a future-ready network which can easily deploy 5G and beyond technology in the last leg."

4G-only operator Reliance Jio was formed in 2016 by oil and telco billionaire Mukesh D Ambani, who ramped up by offering low-cost bundles.

Reliance Jio climbs to $3.6b revenue

Reliance Jio will provide 4G coverage to 99 percent of the Indian population by the end of this year, with the telco claiming the world's largest VoLTE network.

Indian telco says it has nothing to do with cryptocurrency looking to trade on its name.

The Indian conglomerate has acquired 72.69 percent of shares in the edtech company with an investment of $180 million over three years.

The wily math behind Reliance Jio's path to telecom supremacy

After having pushed the Indian telecom industry towards the brink of despair with its cut rate pricing, Reliance Jio's new scheme is a master class in how to seek market dominance through financial ingenuity.

Join Discussion for: Reliance acquires Radisys for 5G and IoT