Ricoh has forged a partnership with Elixirgen Scientific to develop biomedical products and services.

The effort seems a bit out of character for Ricoh, which is best known as a printer company. However, Ricoh has developed bioprinting technology and sees the biomedical market as a growth engine and has a healthcare IT services unit.

Here's how the technologies would be combined with Ricoh's technology.

Cell chips from the two companies will be able to evaluate human responses to chemicals and improve drug discovery.  These two slides illustrate how the pair will aim to meld technologies. 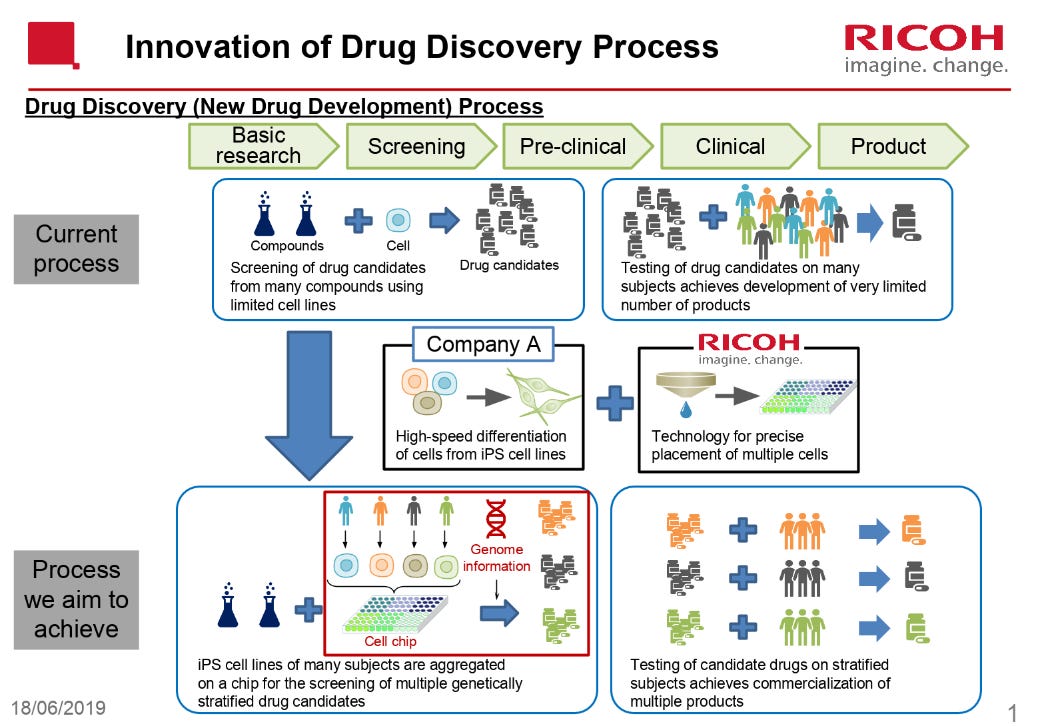 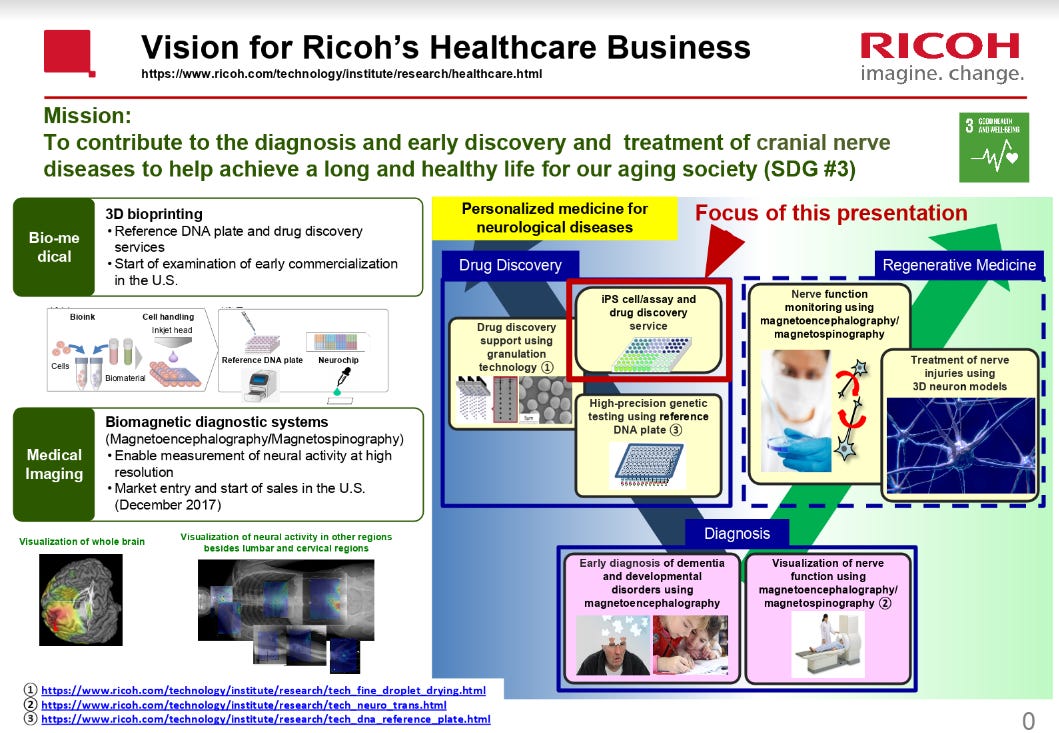