Rio Tinto said it has achieved the milestone as it works towards completion of its AutoHaul project by the end of this year.
Written by Jonathan Chadwick on July 12, 2018 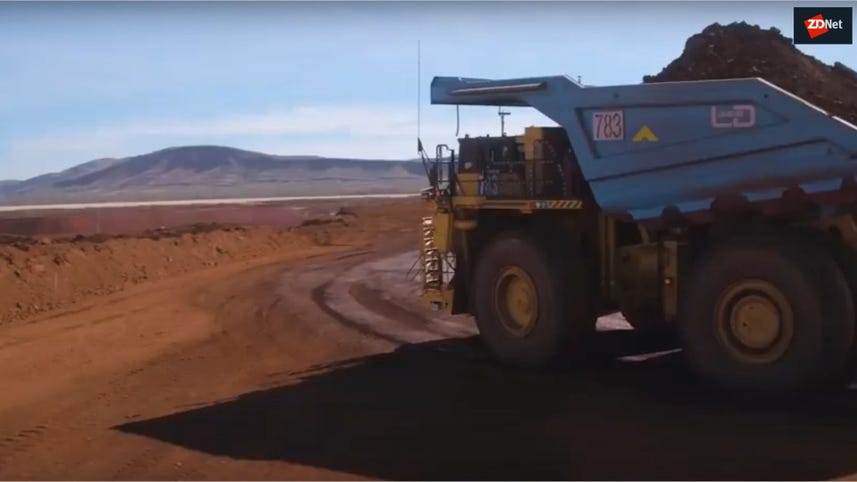 The train, consisting of three locomotives and described by Rio Tinto as "the world's largest robot", travelled over 280km from the company's mining operations in Tom Price to the port of Cape Lambert on Tuesday, July 10.

The train was remotely monitored by Rio Tinto's Operations Centre in Perth more than 1,500km away. The locomotives are equipped with AutoHaul software and are fitted with on-board cameras for monitoring from the centre.

"We will continue to ensure our autonomous trains operate safely under the wide range of conditions we experience in the Pilbara, where we record more than 8 million kilometres of train travel each year," said Ivan Vella, Rio Tinto Iron Ore managing director for Rail, Port and Core Services.

"We are working closely with drivers during this transition period as we prepare our employees for new ways of working as a result of automation."

The project got accreditation in May, allowing the company to commercially operate its fleet for iron ore delivery in the state. The fleet will provide safety and productivity gains for the business, a speedier network, and more flexibility for the company's iron ore system, the company said.

In October, the company claimed to have conducted the country's first autonomous long haul train journey, running for nearly 100km between Wombay Junction and Paraburdoo in WA.

Rio Tinto said it is operating about 200 locomotives on over 1,700km of track in the Pilbara, allowing it to transport ore from 16 mines to four port terminals.

The trucks had moved over 1 billion tonnes of ore and waste material in the Pilbara region as of January. Last year, each truck was estimated to have operated around 700 hours longer than conventional trucks and collectively moved around a quarter of all material moved out of Rio Tinto's Pilbara mine sites.

A decade ago, Rio Tinto introduced fully autonomous haul trucks as one of the first steps in its Mine of the Future program.

Researchers from the Royal Brisbane and Women's Hospital and Mezies Health Institute have found a robot-assisted prostatectomy has had the same outcomes for urinary and erectile function as an open prostatectomy.

Royal Brisbane and Women's Hospital urologist Dr Nigel Dunglison said their study examined surgery outcomes for around 300 men over two years, and the men who underwent a robotic prostatectomy had a lower biochemical prostate-specific antigen after that period, although the study was inconclusive as to why.

"Our study showed similar results for urinary and erectile function from both the robot-assisted and open surgical patient groups after 12 weeks, and these remained equal at six, 12, and 24 months," Dunglison said. "The study has given us vital insight into the two surgical options, and will help shape research going forward."

Mining giant rolls out its autonomous trucks to a fifth site in Western Australia.