Robots could replace human crop pickers in the UK

The GummiArm soft robot could be the solution to the lack of laborers in the United Kingdom.
Written by Charlie Osborne, Contributing Writer on March 6, 2018 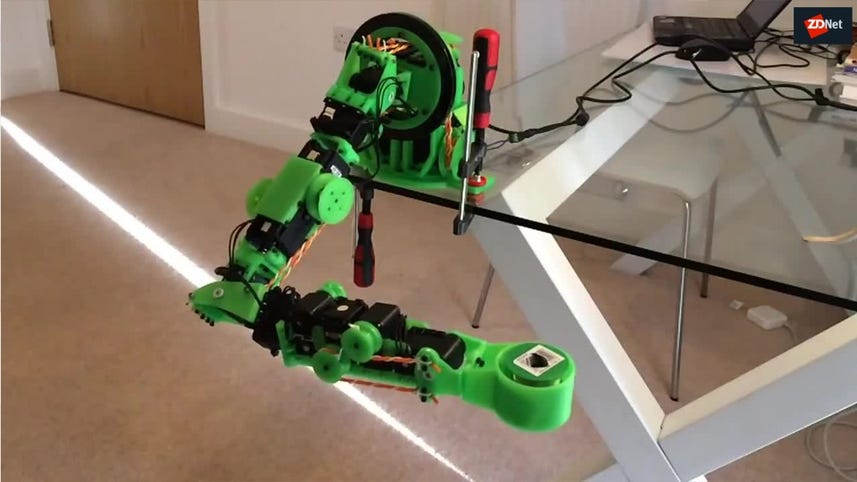 Video: UK farmers can use this soft robot to help with crop picking

Robots may one day replace human crop pickers in the UK in light of a decline in the seasonal labor market.

GummiArm, a soft robot capable of crop picking, is the brainchild of researchers from the University of Plymouth.

Academics from the institution and producers from Cornwall have worked together to create robots which could work alongside existing employees in the crop picking industry through the Automated Brassica harvest in Cornwall (ABC) project.

The aim of the project is to develop "cutting-edge technology to help with the cauliflower harvest and potentially other fieldwork operations."

The GummiArm was born from this need, especially in light of labor market fluctuations following the decision on Brexit.

The UK relies on migrant labor during the picking season, and over the course of the last year, there has been a 29 percent decline in worker volumes with thousands of vacancies being left unfilled.

Unions have called for the UK government to act and make sure the country remains attractive for seasonal work, but so far, there have been no positive changes.

As Brexit looms, this problem is expected to become worse, and as food is left rotting in fields, farming revenue has been hit hard.

The researchers think that robots, working alongside what is left of the labor force, could potentially fill the gap.

The team, led by robotics lecturer Dr. Martin Stoelen, came up with the GummiArm, which has two arms and soft joints. Cameras and sensors built into the robot's 'hands' produce 3D models of objects in real-time, allowing the robot to assess which produce -- such as cauliflower, cabbage, or broccoli -- to pick or to leave.

Soft joints and appendages backed up by robotic materials can provide the strength to pick without damaging crops.

With support from ABC, Stoelen hopes to create another array of machines dubbed "little helpers" which could also assist manual laborers. Weeding, pesticide application, and data gathering are all possibilities to reduce the manual workload required to operate a successful farm.

It is hoped that these robotic designs will be ready for commercialization within the next two to three years. With farms already feeling the pressure, however, using these robots will only prove fruitful if their services can be afforded.

As they are likely to be expensive to manufacture, a lease model is being considered for UK farmers to cut costs and increase productivity -- as well as recoup the financial losses already caused by the labor shortage.

"On a global scale, it could bring massive efficiencies and improve the industry's safety record as there would be fewer people working so closely with large, moving machinery," Stoelen says. "Agriculture has been underestimated as a potential area for applying advanced robotics, but now could be its time."

Watch a robotic snake use its scales to slither forward

The Harvard researchers behind the project aren't trying to creep you out, but they probably will anyway.