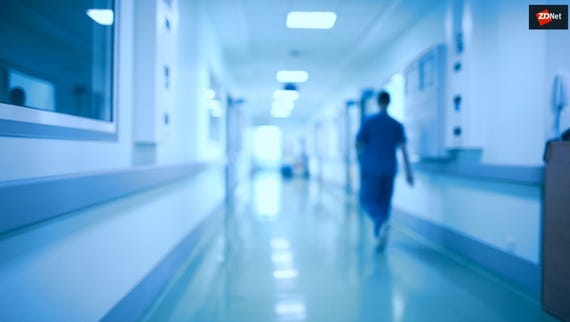 A new trial in Australia is exploring how robots can improve the outcomes of prostate cancer surgery.

On Friday, a new study was published in the academic journal Lancet which outlined a research project conducted by scientists at Griffith University, Queensland.

The study focused on a new trial which compared patient outcomes and the success of prostatectomies, which are procedures designed to correct urinary and erectile dysfunction, as well as treat men diagnosed with prostate cancer.

Prostate cancer is one of the most common forms of cancer diagnosed in men in the country. Approximately 18,300 men in Australia alone are diagnosed with prostate cancer every year. In total, roughly 3,200 will die from the disease.

TechRepublic: A smart toilet may be the future of IoT healthcare

However, researchers at the Royal Brisbane and Women's Hospital and Griffith's Menzies Health Institute Queensland have discovered that advanced robotic technologies offer a safe and minimally-invasive option for patients with prostate cancer.

After examining surgical outcomes for roughly 300 Australian men over a two-year period, the scientists discovered that robot-assisted surgery is no more dangerous or risky than standard, open prostatectomies.

Interestingly, men who underwent a robotic prostatectomy had a lower rise in the blood level of prostate-specific antigens (PSAs) after two years, but the researchers need to conduct further studies to understand why.

The study showed similar results when comparing surgical procedures designed to provide relief for urinary and erectile function. The outcomes remained equal at six, 12, and 24 months.

"Many patients experience long-term complications post-surgery, including reduced urinary and bowel control, erectile dysfunction and elevated psychological distress," said Dr. Dunglison, Royal Brisbane and Women's Hospital Urologist. "As technology, surgery, oncology, and radiation advances, we hope this will help improve long-term side effects experienced by prostate cancer survivors to reduce the burden of the disease on those diagnosed."

The study has also uncovered another area of interest -- no matter what surgery type, one in five patients still experienced "elevated psychological distress 24 months after surgery."

The research team says that more must be done to understand the psychological implications of these procedures and the effectiveness of aftercare.

Prostate Cancer Foundation Australia National Chairman, Jim Hughes applauded the research, saying that such research can help cancer patients with informed decision-making when it comes to their treatment options.

"There are various other treatments available and men need to be well across their medical choices so that optimal decisions relevant to their personal health circumstances can be made by them in conjunction with their medical advisors," Hughes said.

The study was funded by Cancer Council Queensland and undertaken by the Department of Urology at Royal Brisbane and Women's Hospital, Menzies Health Institute Queensland, and the University of Queensland Centre for Clinical Research.