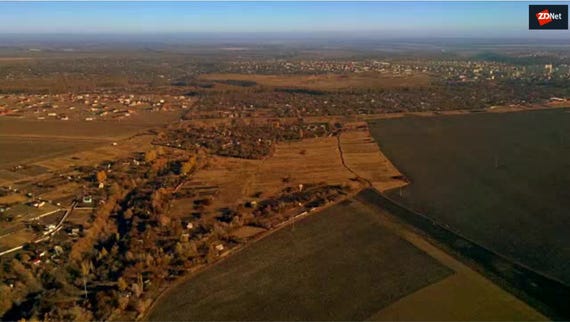 Blockchains are most commonly associated with cryptocurrencies such as bitcoin, but the largely tamper-proof shared-ledger technology is also very useful for keeping records of things other than financial transactions.

As an increasing number of countries in and around Europe are discovering, one particularly useful application for the technology is in registering the ownership of land and properties. And the latest country to try this out is Russia.

The Russian ministry of economic development has announced that it will run a pilot project in Moscow in the first half of next year, to see how reliable blockchains really are for land registry purposes.

The ministry cited a variety of potential advantages to the technology's use, including guaranteeing the protection of property rights, increasing the public availability of land registry information, and increasing citizens' trust in the land registry system. Cost is another issue: according to economic development minster Maxim Oreshkin, the current Russian real estate registry system is "quite expensive... not always effective, not always fast."

If blockchains pan out for the land registry, Oreshkin added, other areas could follow. "The future of the public administration lies in this area," he said.

This isn't the first time the Russian administration has expressed enthusiasm for blockchains. Ever since the last St Petersburg International Economic Forum took place in June, the technology has been a top priority for the Kremlin.

On the land registry front, though, Russia is no blockchain pioneer. In March, Sweden completed a small-scale pilot of a similar scheme. Lantmäteriet, the Swedish land registry authority, said the blockchain could have major benefits for cutting the time needed to register transfers, along with the associated costs. "It is the only current technology that really offers a good and secure way to have digital originals," said the agency's development chief, Mats Snäll, at the time.

And the month before, the Republic of Georgia - having already conducted a pilot - officially moved forward with the use of blockchains for the same purpose. "We will be able to work with blockchain technology from this summer [to] place real estate extracts in a totally safe and innovative system," Georgian justice minister Tea Tsulukiani said at the time.