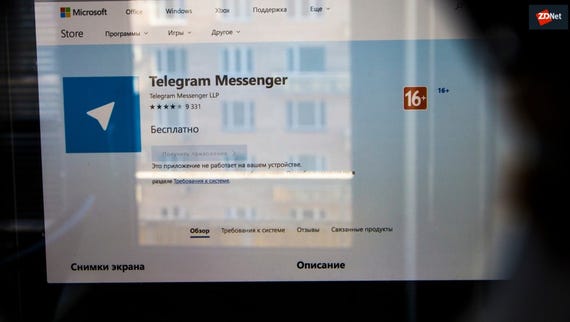 Popular messaging application Telegram has been banned in Russia after Telegram refused to hand over encryption keys to the government.

The ban will be implemented instantly, Judge Yulia Smolina said on Friday.

A source in Russia speaking to ZDNet confirmed that the block, however, has not at the time of writing gone into effect. A technical block is expected to be rolled out within a day.

Telegram's legal team has previously branded the possibility of blocking the application in Russia as "unconstitutional."

Russian internet and communications regulator Roskomnadzor filed a suit with a Moscow court after Telegram missed an April 4 deadline to hand over the keys, which can be used to decrypt messages sent by Telegram users.

Telegram caters for over 200 million users worldwide, many of which are concerned with personal privacy.

However, the FSB claims the service has also been used by members of international terrorist organizations to plot and carry out attacks, including the 2017 bombing of the St. Petersburg's metro that left 14 people dead and many more injured.

The agency requested encryption keys for six phone numbers at the time from founder Pavel Durov as part of its investigation, a request which was left unanswered.

This resulted in a $13,000 fine being imposed by Russian courts.

"The power that local governments have over IT corporations is based on money. At any given moment, a government can crash their stocks by threatening to block revenue streams from its markets and thus force these companies to do strange things (remember how last year Apple moved iCloud servers to China). At Telegram, we have the luxury of not caring about revenue streams or ad sales. Privacy is not for sale, and human rights should not be compromised out of fear or greed."

"I believe that any company working in Russia and providing services to Russian citizens should cooperate with law enforcement authorities in accordance with the law," he said.

ZDNet reached out to Telegram and will update if we hear back.