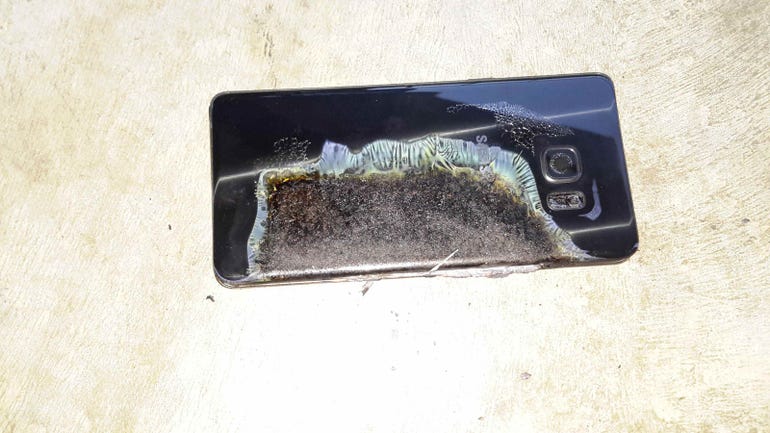 In a statement issued on Monday, Samsung said it will ask its retail partners to stop sales and exchanges of its Note 7 smartphone, old, or new.

The announcement comes days after multiple reports of replacement Note 7 devices catching fire, including one on a Southwest flight prior to takeoff.

"Because consumers' safety remains our top priority, Samsung will ask all carrier and retail partners globally to stop sales and exchanges of the Galaxy Note 7 while the investigation is taking place," Samsung said in its statement.

More importantly, Samsung is asking all Note 7 owners to power down the device and take it back to the point of purchase -- be it a retail carrier store or Samsung directly.

"Consumers with either an original Galaxy Note 7 or replacement Galaxy Note 7 device should power down and stop using the device and take advantage of the remedies available," the statement advised.

All four major US carriers stopped exchanging recalled Note 7 units and began offering to exchange any Note 7 for a different smartphone altogether over the weekend.

Samsung's issues first started in early September, when reports began to surface about its highly regarded Note 7 catching on fire. A global recall was initiated, and replacement devices followed a few weeks later.

Then, last week, reports surfaced in the US and in Korea about devices that were deemed safe -- complete with the green battery icon -- catching fire in the same fashion as the recalled devices.

Ahead of Tuesday's announcement, Samsung halted production of the Note 7, as the company tries to figure out the cause and a possible solution.

At this point, however, it seems the best thing to do is put the Note 7 in the past. Too much damage has been done, both figuratively and literally, by the fiery phone.