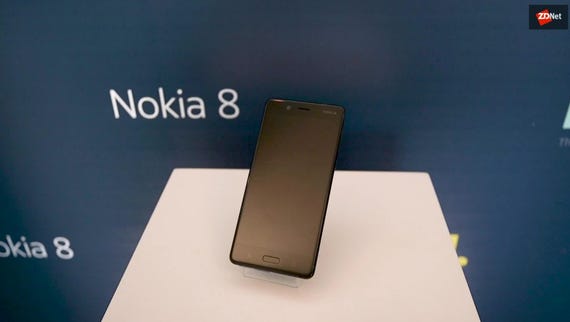 Galaxy S8 and S8 Plus owners can finally expect to get their hands on Android 8.0 Oreo soon, now that Samsung has opened up its newly launched Oreo beta program for the two flagships.

Samsung Experience 9.0 is based on Android Oreo and will be the version it releases with its next Galaxy flagship, which presumably will be called the Galaxy S9.

The program is open to Galaxy S8 and S8 Plus owners in the US, UK, and South Korea.

In the US, eligible devices include locked units from Sprint and T-Mobile networks, unlocked devices, and the open-market version. In South Korea, it includes devices on SKT, KT, LGU+, while in the UK it's open to those with unlocked models.

A Reddit user has posted screenshots of the beta release, and reports that it has "Pixel-level smoothness" and runs faster than Nougat on the Galaxy S8. The update also features Oreo's app shortcuts that appear when long-pressing an app icon, and reportedly will bring improved RAM management. There are also new emojis.

Sammobile has posted a full changelog. It notes some improvements Google has made, such as restrictions on background apps.

Google released Android Oreo in August but so far only Pixel and Nexus owners have the update. Currently, Oreo represents 0.2 percent of the roughly two billion Android devices in use today. This picture should start to change after Samsung wraps up its beta and more new devices begin shipping with Android.

LG also launched a program for V30 owners, who can now apply to get early access to Android Oreo.

Sony last week started rolling out Android Oreo to its Xperia XZ Premium, while HTC has promised the U11 will get the update by the end of the year.

HMD Global exec vows all its current Nokia phones will get Android 8.0 Oreo.