The smartphone giant is gaining little in the smart home race from its broad home product portfolio.
Written by Ross Rubin, Contributing Writer on April 24, 2017

Samsung's rollout out of the Galaxy S8 provided an opportunity for the electronics leviathan to remind the world its interests extend far beyond the sloped edges of its phone's Infinity Display. The company followed the precedent set by Google last fall by announcing a mesh Wi-Fi router at the premiere of its flagship phone. But it went beyond that by reviving its broader cross-device integration messaging. Getting all of its devices to play together more smoothly has long been one of Samsung's quests, one that it sought to accelerate by purchasing SmartThings in 2014.

The S8 and Samsung router form an always-present control point and always-on automation hub akin to what Apple has created with the iPhone and Apple TV. Apple, of course, has worked to bridge its (disparate platforms) via its Continuity architecture. Beyond that, though, it has acted as a pure-play platform provider for the slowly democratizing smart home with HomeKit, soliciting support from established brands and startups rounding out an ever-increasing variety of products including smart blinds, video doorbells, and ceiling fans.

Beyond the smartphone, Samsung has another key smart device in many homes: The TV. Apple never entered that now-struggling category despite earnest predictions to the contrary. For a platform company, TVs create a lot of upgrade drag. Both Samsung and Sony have tried to overcome that with a modular approach that allowed consumers to upgrade the smarts of their TV separate from its display, but that approach fared about as well as modular phones have, not offering much advantage over purchasing an inexpensive HDMI-based peripheral from Apple or Roku. Indeed, recently liberated Vizio may have cracked the upgrade nut by offloading virtually all the intelligence to an external device with its SmartCast-compatible TVs, but that won't do anything to accelerate the upgrade cycle.

Things may be even worse for other products in Samsung's extensive home product portfolio that largely features appliances such as refrigerators, ovens, washing machines, and a Roomba-like robot vacuum. None of these tend to draw big crowds for an annual upgrade cycle. In fact, most consumers use them until they break down. And the chances that a consumer would buy Samsung for all of these home mainstays is rather small -- although there may be opportunities to work with home builders for pre-populating new homes.

Samsung has a better shot than many to become the strongest influence in the smart home, particularly given the phone's important role in controlling it both within and beyond the domicile. Apple, for example, relies on cross-technology bridges to control devices that don't support HomeKit directly; many products support both HomeKit and other automation options. But the smart home is developed by consumers taking chances on isolated use cases often tied to security and lighting. Samsung also makes products here, but through a commercial group that has even more tenuous ties to its mobile division.

The bottom line is that Samsung will find it tough for the foreseeable future to derive marketing or strategic value to integration with most of its own smart home devices, expected as it may be be. Those who love the idea of a connected vacuum may find the prospect of a long-term marriage between it and a Samsung phone compelling. But such ties won't do much to sweep up most consumers.

Manage all your Samsung home appliances with one app 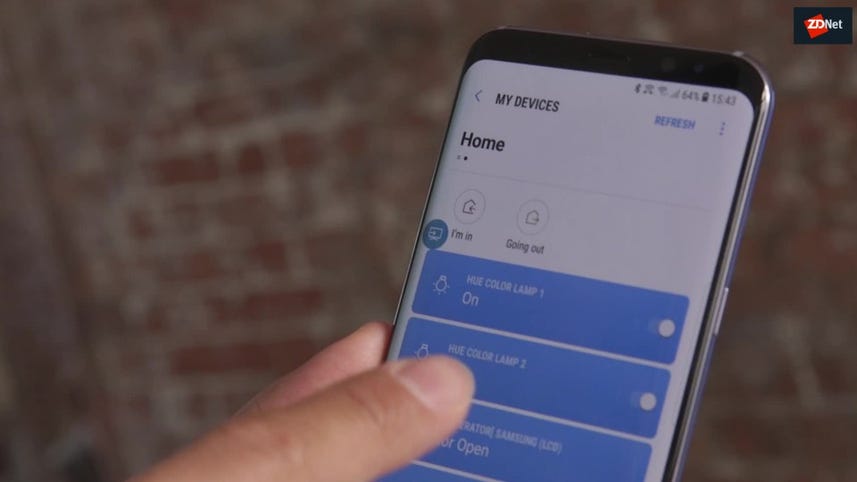 Samsung
The 5 best smart speakers of 2022