Full Bio
Posted in Between the Lines on April 12, 2019 | Topic: Enterprise Software 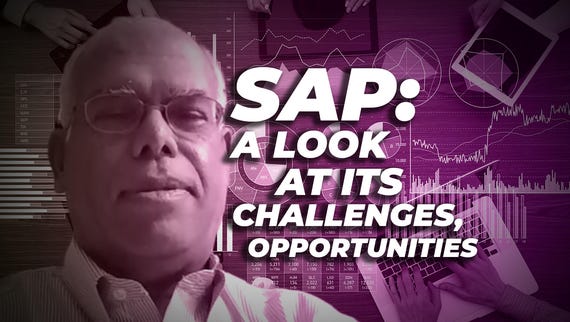 The bulk of my book is written from the eye of the SAP customer. There are 35 case studies. But they are talking about products like S/4HANA, Leonardo, SuccessFactors, SAP Cloud Platform, AIN and IBP among others. These products were not part of the SAP lexicon just a few years ago. SAP has been a product launch machine - so much so that one of its challenges now is product and acronym sprawl.

Just five years ago, when I wrote Volume 1 of SAP Nation, SAP was on the ropes. Its brand suffered from runaway project costs and it appeared preoccupied with its HANA database. Competitors were circling around its core applications business. How SAP has fought back and now has 50% more customers than it did 5 years ago also qualifies as drama. As striking you wonder what happened to competitors like Oracle, Infor, Salesforce, Workday and others who could have gone for the jugular when SAP was wounded.

Even more dramatic change become visible when you expand the historic lens. In the late 90s, enterprise vendors led by SAP, Oracle, IBM, HP and others were set to dominate the corporate technology landscape. They had emerged very strongly from the Y2K crisis, and the launch of the EU's common currency promised another bonanza. Instead, their share of the enterprise has steadily declined. They missed out on the contract manufacturing of smart products, digital marketing, cloud infrastructure, industrial internet, process automation and several other trillion-dollar markets. Two decades ago, not many of us had heard of Accenture Interactive or Foxconn. Few of us considered Amazon or GE or Alibaba as tech vendors. Few of us would have speculated that Apple, near dead, or Google, not born yet, would have many times the annual revenue of SAP or its peers. That is an even bigger story – all the missed opportunities. That creates even more drama. Who will turn fast follower having missed out on that first wave of opportunities?

The book also covers many promising startups, changing software economics, changing developer communities like those around machine learning in China, Industrie 4.0 in Germany and Open Source around the world.

Change is everywhere. Yes, enterprise computing has plenty of drama.

Join Discussion for: SAP has 50 percent more customers than 5...